Who's to blame for higher bread prices? 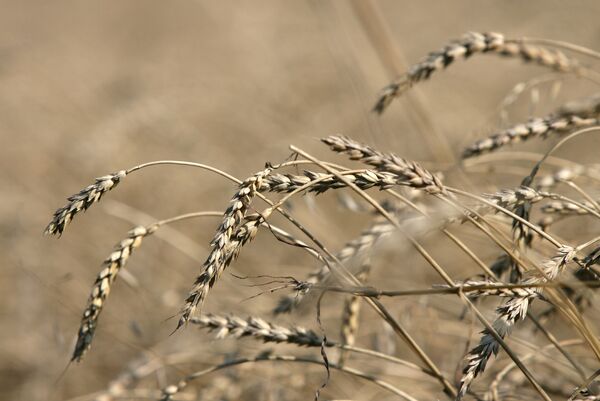 Grain prices in the European Union have been on the rise for several weeks now. In France, the price of wheat has nearly doubled over the past month, soaring to 210 euro per ton from 110 in July.

Grain prices in the European Union have been on the rise for several weeks now. In France, the price of wheat has nearly doubled over the past month, soaring to 210 euro per ton from 110 in July. And the United Kingdom has seen the market price of barley double over the last six weeks.

The rising grain prices have triggered an increase in the price of flour and, consequently, of all products containing flour, such as bread and pasta. In most EU countries, however, shoppers will not feel the price increase right away, as bakers' contracts with retail chains usually span a period of 30 days, and many retailers can still purchase flour products at old prices for the time being.

The rise of grain and flour prices across the EU has prompted bakeries and millers in some member states to contemplate terminating their contracts with retailers early. Paying a compensation fee makes more sense economically than working at a loss. So chances are that bread consumers will start to feel the pinch as early as September.

Meanwhile, the European press is looking for someone to blame. Britain's The Financial Times has already found one culprit, the Russian government, which the paper slams for the recent resolution suspending grain exports from Russia between August 15 and December 31, 2010.

According to FT, this decision is sending the wrong signal. It may cause panic among European grain traders, whom Russia's export ban will scare into suspending their sales for a while in an attempt to save their reserves for a rainy day.

On the other hand, fellow suppliers may follow suit and limit their exports in order to protect their own domestic markets.

It appears that the author of this article has gotten stuck in time somewhere in July or even June, well before Central Europe was hit by severe droughts and heavy rainfall.

According to forecasts for this harvesting season, crops in Russia will fall 25% year on year; Poland is likely to see a 10% decline while Slovakia and Hungary can expect a 30% decline. In abnormal weather conditions such as we are having now, suspending exports is no longer about protectionism; it's food security that is at stake.

It has to be said that Russia's influence on the EU grain market is not direct. The main market for Russian wheat is actually the Middle East, which isn't to say that ban on exports from Russia will not have an adverse effect on EU countries.

Commenting on the situation, the Polish newspaper Gazeta Wyborcza says that Egypt and other large Middle Eastern importers, once they fail to receive scheduled wheat deliveries from Russia, will have to turn to the EU for supplies, and this will draw some of the grain away from European markets.

When faced with food shortages, European countries normally try to stock up. Let's take Poland, for example. This is the largest post-Communist state within the European Union, one that boasts a strong agricultural sector. As the country was suffering from grain shortages in the second half of the 1990s, its major milling companies raised flour prices (some suspect that this was a price fixing scheme). Bread prices surged as a result. Back then, bread was more expensive than it is now, but fuel and electricity costs were far lower in those days.

So what did the Polish government do about it? At the time, Poland was not yet an EU member state. But Agriculture Minister Roman Jagielinski decided to open up the country's borders for duty-free import of wheat from Hungary, the Czech Republic and Slovakia. Having enjoyed a good harvest that year, the three countries supplied Poland with as much grain as they could for a couple of years. The market finally calmed down, prices fell, and everything returned to normal.

But when it saw its flour prices surge again in 2006, Poland tried to solve the crisis by imposing restrictions on the export of its own grain. The country had joined the European Union since the last crisis, and it was decided that the Poles should dump onto their domestic market some of the reserves stocked in the common EU grain fund. This fund had been set up to make joint interventions on European markets in an emergency. Poland was allowed to use that grain exclusively for its domestic market. The decision came at the very outset of the crisis, when there were still no signs of panic, so the prices stabilized rather quickly.

Once again there is now talk in Poland of the need for decisive action, with prices of agricultural produce at record highs. The price of wheat has doubled over the past month -- the most dramatic price surge that the country has seen on its produce market since 1959.

And what can Russia do in this kind of situation? It is not an EU member, and neighboring Ukraine, on which it relies for part of its grain supplies, is imposing a temporary export ban of its own. Also, there are serious doubts that the grain to be harvested this year will be good enough for baking. The simplest option available for Russia at this point is to save its own grain for domestic consumption.

Going back to the Financial Times article, along with censuring Russia for its "selfishness," it suggests the country should rely on an international safety net for its food security. The article goes on to explain that no such safety net exists at this point and for it to become a reality, an international system must be created, possibly under the aegis of the World Trade Organization. This system should create rules that individual countries would have to follow in the event that they want to suspend exports of agricultural products. This would make the markets more predictable, reducing the risk of crises provoked by the expectation of an emergency situation, the article says.

It would be great to have such a system in place. But Russia has not yet been invited to become a full-fledged member of the global economic system. It has been knocking on the WTO's door since 1993 (back then, the organization was known as the General Agreement on Tariffs and Trade, or GATT). But to be accepted, newcomers need to secure the support of all the original members. Russia's accession has been repeatedly put off because of some countries' reluctance to approve, including several countries of the EU, which did not give its go-ahead until 2004. The EU and subsequently the United States dragged their feet on the issue, advancing various arguments against Russia joining. One such argument, voiced off the record, was that the admission of "Putin's Russia" into the club would send the wrong signal, making people in and outside the country believe that the West sees Moscow as a reliable and trustworthy partner, while, in fact, Moscow has not done enough to earn that trust.

But now that the West desperately needs Russian grain to stabilize prices, it is suggesting that Russia should sell some of its stock under the aegis of the WTO.

In an extremely lean year like this one, however, Russia's non-membership seems to be a blessing rather than a curse.

Journalists who have spent many years covering the WTO activities readily admit that the organization's four heavyweights - the US, the EU, Japan and Canada - enjoy more privileges than their fellow members.

It brings to mind the Seven Commandments in George Orwell's "Animal Farm": "All animals are equal, but some animals are more equal than others."

These "more equal" countries enjoy the most rights. The rest have very few rights, yet plenty of responsibilities and obligations.

At the end of the day, Russia should probably be thankful to the U.S. and Georgia for having been so uncooperative on the issue of its WTO membership. At least now Russia can make its own policy decisions on grain exports.