America and Europe close the door on immigrants 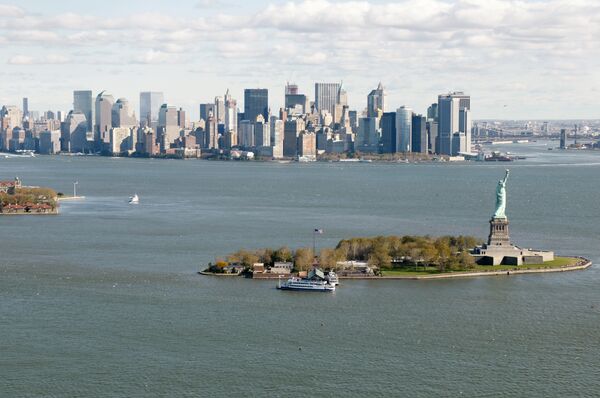 Anyone aspiring to U.S. citizenship had better act now before it's too late. Soon merely being born in that country may not be enough to qualify for citizenship.

Anyone aspiring to U.S. citizenship had better act now before it's too late. Soon merely being born in that country may not be enough to qualify for citizenship. Immigrants and foreigners are always subject to much greater scrutiny during hard times. They are sized up by the local population to determine whether they are an asset or a liability to the country, or even a threat.

This is what is happening in the United States right now. Republicans are determined to amend the U.S. Constitution, which provides for jus soli ("right of soil") citizenship. This means that any child born in the country, regardless of the parents' citizenship, automatically has the right to apply for a U.S. passport once of age. But for how much longer?

Senior Republicans in both houses of the Congress have backed their party's push to revise the 14th Amendment, which legalized birthright citizenship back in 1868. The first hearings on the issue are scheduled for September or October, when Congress reconvenes after the summer recess.

Senate Republicans believe that the amendment is allowing for an "invasion by birth canal." Children "arriving" in America via this "canal" are referred to as "anchor babies," who make it easier for their non-citizen parents to obtain legal residency and eventually citizenship.

The Federation for American Immigration Reform (FAIR) has calculated that over 450,000 children of illegal immigrants "steal" U.S. citizenship every year, adding to the burden on U.S. taxpayers.

"People come here to have babies," Republican Sen. Lindsey Graham said. "They come here to drop a child. It's called 'drop and leave.' That shouldn't be the case. That attracts people here for all the wrong reasons."

But amending the U.S. Constitution is no simple matter. America's founding fathers were wise and had no illusions about the unruly masses. They protected their laws by double and triple lock to prevent voters from making impulsive and ill-advised decisions about the country's fundamental laws under the influence of heated rhetoric, leaving future generations to regret it.

Adding, revising or repealing an amendment requires two-thirds of both houses of Congress and three-fourths of the states to approve. The U.S. Constitution will turn 223 this September, and around 10,000 amendments have been proposed over that time; yet, only 27 eventually passed, while six more still have not been ratified by the states. Most of the amendments concern people's rights and liberties, or the election and terms of the president and members of Congress.

The United States started "closing the door" for the first time in 1882, when it restricted Chinese immigration. Since 1917, immigrants have been required to know rudimentary English; in 1920, immigration quotas were introduced; in 1924, all immigrants were required to have visas issued by a U.S. consulate.

The last time U.S. lawmakers dealt with immigration was in 1965, when they passed the Immigration and Nationality Act, which set quotas for the eastern and western hemispheres rather than for specific countries.

Whether the Republican-backed amendment will pass is unclear. It has as many opponents as supporters. Yet, the numbers of supporters have been growing lately due to the prolonged recession. America's attitude toward immigrants is changing. This nation of immigrants is beginning to show signs of moving toward the internal passport system we have in Russia. In Arizona and Virginia, police officers now can check the immigration status of anyone they suspect of being in the country illegally, even if they have not committed a crime -- something that was unheard-of until now. Admittedly, in Arizona this law is pending a court decision on its constitutionality.

All Americans used to see the logic behind the practice that most U.S. states still abide by. Why check people's papers if they have not committed a crime? Indeed, what right do law enforcement officers have to do so, if the country is not in a state of emergency or at war?

But the gloomy public sentiment is playing into the Republicans' hands. Congress is preparing for a big election in November, when all 435 seats in the House of Representatives and 37 of the 100 seats in the Senate will be contested. Many Americans now consider President Barack Obama a liar who has failed to keep his campaign promises, while others view the Republicans as their saviors from the Democrats' rule.

Cracking down on illegal immigration is a safe political move, so long as only illegal immigrants are targeted. The children of people with temporary residence or work visas will still enjoy birthright citizenship, or at least this is what the backers of the initiative claim.

Immigrants are no more welcome across the Atlantic. France, the Netherlands and Denmark are also planning to tighten immigration laws and step up deportations of illegal immigrants. French President Nicolas Sarkozy has ordered authorities to deport illegal Roma immigrants to Romania and dismantle their camps. Moreover, immigrants who have obtained French citizenship can now be stripped of their citizenship for breaking the law. France's Interior Minister Brice Hortefeux said that this punishment will apply to all felonies.

France immediately came under fire from human rights groups around the world, as if it was the first country in Europe to restrict the freedom of the Roma people. Italy did essentially the same thing two years ago.

Germany also plans to deport 12,000 Roma people to Kosovo over the next one or two years. They came in 1999 after fleeing the bombing in Yugoslavia and the Kosovo war. Their children, who have grown up since then, do not even speak Serbian or Albanian, only German.

The municipal government in Copenhagen is also determined to expel hundreds of Roma from Eastern Europe. Belgium is also planning a "Gypsy purge". So France is not the first or only European country to crack down on the local gitanes.

In fact, few are aware that France is the only European country where jus soli in its pure form is still the law of the land. Ireland abolished it in 2005. To be eligible for birthright citizenship in an EU country now, one needs to have at least one parent who is a citizen, or to have lived in the country for at least eight years (Germany). Other countries require that a person has relatives who are citizens. All European nations have made the requirements for citizenship stricter.