Moscow wakes up to blue skies but smog threat persists 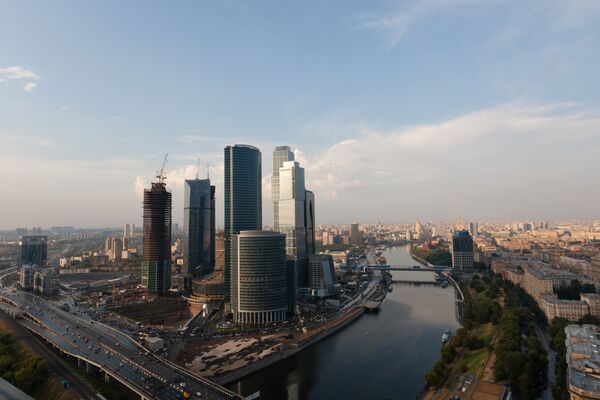 Patches of blue sky were visible in Moscow on Tuesday morning for the first time since last week, although dozens of wildfires continue to rage outside the capital.

Patches of blue sky were visible in Moscow on Tuesday morning for the first time since last week, although dozens of wildfires continue to rage outside the capital.

Moscow has been shrouded in acrid smog from the worst wildfires in Russian history for over a week now, with health officials warning people to stay indoors as much as possible and wear masks when outdoors.

Experts say breathing the polluted air is as dangerous as smoking several packets of cigarettes a day.

A state of emergency has been declared in several regions across central Russia.

The Moscow authorities said the mortality rate had doubled since a record-breaking heat wave and the accompanying wildfires gripped the country in mid-June.

Moscow Mayor Yuri Luzhkov said the city, which is built mostly from heat-absorbing concrete, needed heat-resistant pavements to protect its residents from further heat waves. However, considering the state of the Russian capital's existing roads and sidewalks, this seems an ambitious task.

"We must understand that this is not the first or the last challenge from nature; this is a serious warning," he told Russian Izvestiya newspaper.

Luzhkov also said air conditioning should be installed in apartment blocks, most of which are so run-down they would probably never live to see this.

On Monday, the city's authorities began using state of the art equipment to clean the polluted air in the streets of Moscow.