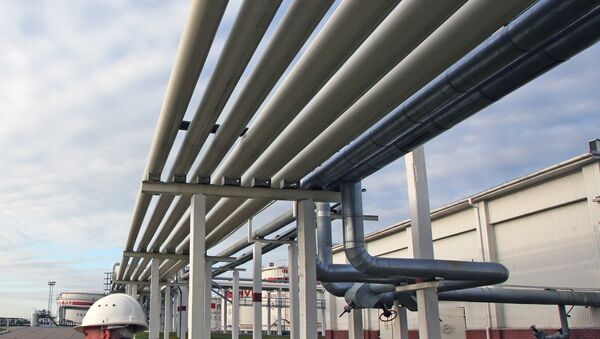 Russia's oil pipeline monopoly Transneft is to hold talks with Bulgaria on Thursday on the Burgas-Alexandroupolis oil pipeline project.

Russia's oil pipeline monopoly Transneft is to hold talks with Bulgaria on Thursday on the Burgas-Alexandroupolis oil pipeline project.

Earlier Bulgaria said it may withdraw from the project because of environmental concerns and doubts about the project's profitability. The country has not invested in the project since the summer of 2009, when Boyko Borisov, the leader of the right-wing Citizens for European Development of Bulgaria party, became the country's prime minister.

In June Borisov said Bulgaria was withdrawing from the project, but later said the final decision had not yet been made.

Transneft CEO Nikolai Tokarev said that the company had not yet received any information on Bulgaria's decision to withdraw.

The Burgas-Alexandroupolis pipeline, a project between Russia, Greece and Bulgaria, is to pump Russian and Caspian oil from the Bulgarian Black Sea port of Burgas to the Greek Aegean port of Alexandroupolis. The three countries signed an agreement to build the 280-km (174 mile) Trans-Balkan pipeline in 2007, following several years of talks.

Russia's state-controlled oil producer Rosneft, Transneft, and energy giant Gazprom will hold a total of 51% in the project, while Greece and Bulgaria will control 24.5% each.

Tokarev said Bulgaria does not intend to repay the construction expenses it owes if it withdraws from the project. The country, owes $7 million for its part in the joint venture and an additional $12 million for preparations for the project.