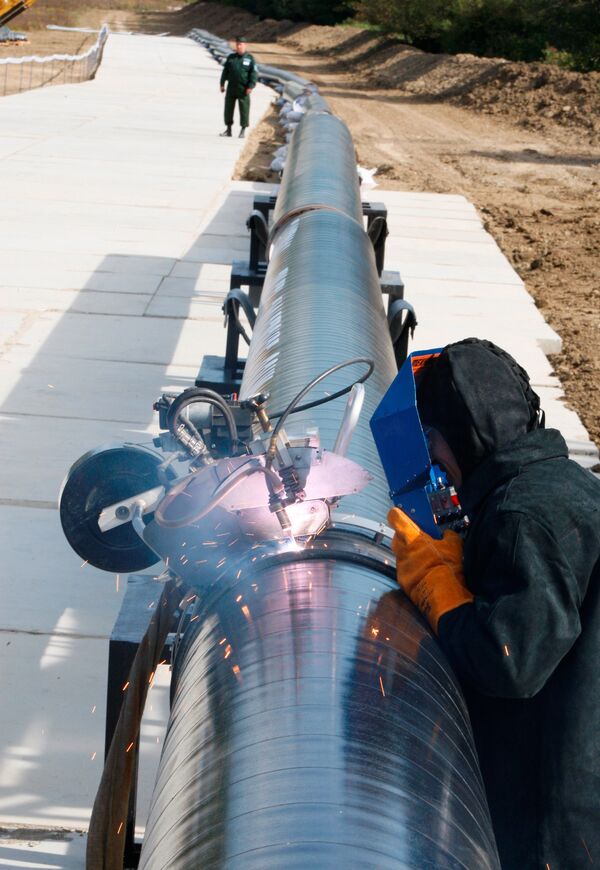 "RWE will consider this proposal as it would any other," the company's press service said.

Russian Prime Minister Vladimir Putin can sense that Nabucco is gathering pace and is trying to prevent it by any means, Mikhail Kortchemkin of the U.S. East European Gas Analysis think tank said.

"The South Stream is an international project and the more international it is, the less interesting its rival will be for consumers," a senior Russian official told Kommersant.

RWE is a leading partner in the Nabucco project. The project has concluded a gas contract with Turkey and is currently holding talks on gas exportation with Iran and Iraq.

The Nabucco project will be seriously weakened if RWE decides to jump ship and join South Stream since Germany is the end point of the Nabucco pipeline, Graham Freedman, a senior analyst from the London-based Wood Mackenzie gas consulting said.

European experts believe the two projects could merge into one because they follow similar paths and aim at supplying the same consumers.

"Everything points in the direction of oversupply in the European market," said Georg Zachmann from the Bruegel Brussels-based thing tank.