No need to hurry with multi-party system in Turkmenistan - pres. 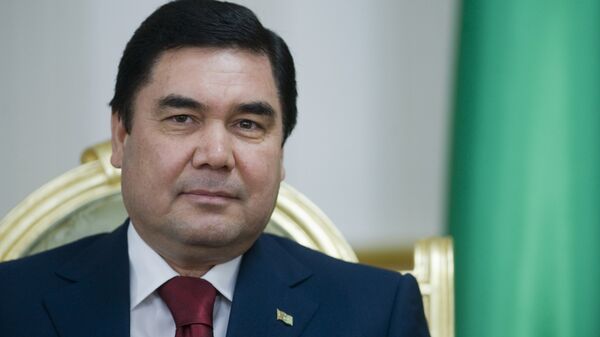 Turkmen President Gurbanguly Berdymukhamedov warned against haste in creating a multi-party system and non-governmental media in the ex-Soviet state.

Turkmen President Gurbanguly Berdymukhamedov warned against haste in creating a multi-party system and non-governmental media in the ex-Soviet state.

From the collapse of the Soviet Union and until 2006, Turkmenistan was ruled by eccentric president for life Saparmurat Niyazov, criticized by the western media as one of the world's most totalitarian and repressive dictators. Berdymukhamedov, who became president after Niyazov's death, has made some moves toward improving the country's image abroad.

Speaking to the government on Friday, Berdymukhamedov pledged state support for those willing to establish political parties, but said the introduction of multi-party system and free media required "balanced approach and forethought."

"I should say that these issues should not be done in haste, within a short period. They require balanced approach and forethought," he said.

He also said that as a first step towards free media, the country's Union of Industrialists and Entrepreneurs should consider starting its own newspaper and magazine, which would offer economic news and advertising.

"Issuing private newspapers and magazines in other spheres should also be studied. We should make relevant decisions and do all the necessary work," he said.

The country has two nominally independent newspapers, but both were established by a presidential decree.

Under the rule of Niyazov, who has created a cult of his personality in the gas-rich state, Turkmenistan had a single-party political system. Some opposition parties and movements operated in exile.

The new constitution, which among other things provides for freedom of press and multi-party system, was adopted in 2008.

After Berdymukhamedov said this February that the country was ready to start registering political parties "already this year," many experts believed that multi-party system may become a reality in Turkmenistan already in 2010.

In a bid to open the country up to the outside world, Berdymukhamedov has already lifted a ban on Internet access. He has also moved to scrap bans on opera, ballet, and the circus, and restored the Academy of Sciences.

Despite the reforms, opposition parties, largely based abroad, remain critical of the state of democracy and human rights in the Central Asian country.