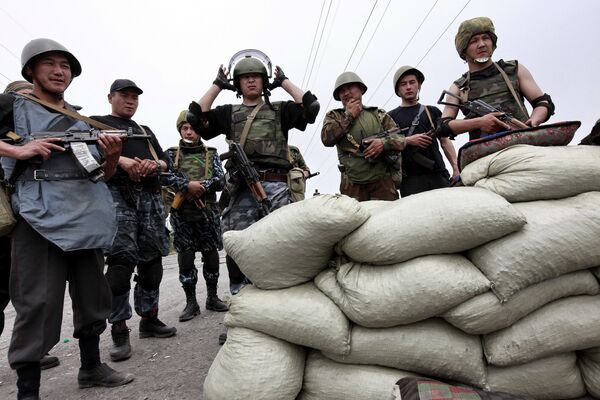 The interethnic violence in the southern Kyrgyz cities of Osh and Jalalabad in June cost Kyrgyzstan about $71 million, the country's emergencies ministry said.

The interethnic violence in the southern Kyrgyz cities of Osh and Jalalabad in June cost Kyrgyzstan about $71 million, the country's emergencies ministry said on Friday.

"According to preliminary data, the total damage caused by the rioting in the Osh and Jalalabad regions and the city of Osh was 3.265 billion soms," Deputy Emergency Situations Minister Mukambet Kasymaliyev said, adding that the figures were not final.

The clashes between Kyrgyz and Uzbek residents in the south of Kyrgyzstan broke out on June 11 and involved several days of pogroms, arson and looting. Government figures say almost 300 people died in the violence, but Kyrgyz officials acknowledge that the real death toll may be 10 times higher.

Some 2,500 buildings were burned and thousands of people fled their homes. A state of emergency is still in effect in some districts of the Osh and Jalalabad regions of Kyrgyzstan.

"Since June 13, the amount of humanitarian aid received by air and delivered to its destination is more than 2,000 metric tons. Nearly 1,000 tons were transported by land," he said in comments reported by the interim government's press service.

Kyrgyzstan has been wracked by unrest since the violent ouster of President Kurmanbek Bakiyev in April, but strong public support for interim President Roza Otunbayeva and her government's plans to turn the country into a parliamentary republic have given some hope of stabilizing the situation.