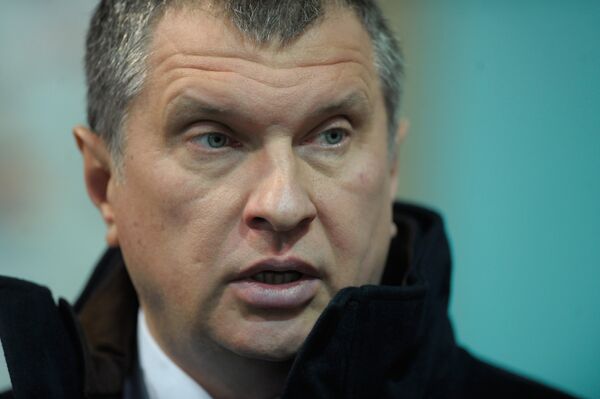 He said the decision was made to construct public coal terminals at ports in the Barents, Baltic and Black seas and the Russian Far East during a meeting attended by Russian President Dmitry Medvedev on Thursday.

"I think the Transport Ministry will begin working on the order soon," Sechin said at a meeting on the development of the Russian coal industry in the Siberian city of Neryungry.