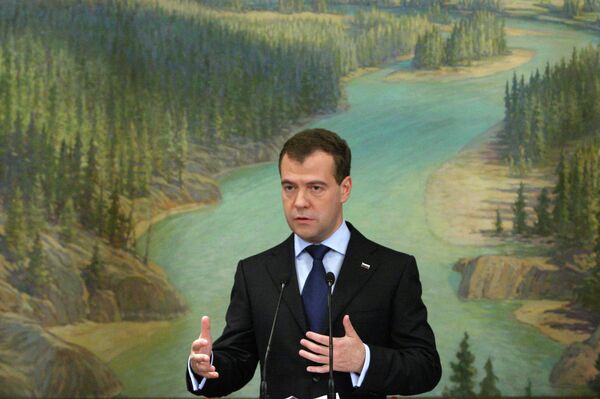 "As for this information, it needs to be verified but in any case such information always worries. Today the international society does not acknowledge the Iranian nuclear program as transparent. If the information from the American secret services is confirmed it would make the situation more tense and I do not exclude that this issue would require extra consideration," Medvedev said at a news conference after the G8 and G20 summits in Canada.

The UN Security Council approved on June 9 the fourth round of economic sanctions against Iran over its controversial nuclear activities, including tougher financial controls and an expanded arms embargo.

Following the resolution, the United States and the European Union also announced that they were imposing new sanctions on Iran.

Medvedev earlier criticized the decisions by saying unilateral sanctions may only aggravate the current situation and inflict damage upon the dialogue with Tehran.

Earlier this month, the Iranian parliament passed a bill directing the government to scale down its cooperation with the International Atomic Energy Agency (IAEA) following the imposition of the sanctions.

Iran's nuclear chief Ali Akbar Salehi said on Wednesday that the country had produced 17 kilograms of 20%-enriched uranium and could produce as much as it needed.