Russia has no plans to send peacekeepers to Kyrgyzstan - Medvedev 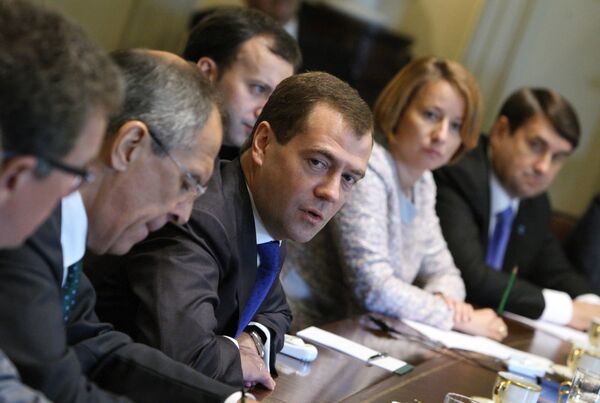 "The Russian Federation has never had plans to send its special peacekeeping contingent there [Kyrgyzstan], although consultations have been held on the issue," the Russian president said.

The Kyrgyz interim government asked Russia to send troops to the ex-Soviet Central Asian republic to help quench the unrest that began in the southern city of Osh on June 11 and spread to nearby Jalalabad, leaving more than 260 people dead, according to official estimates.

The unofficial death toll could be as much as 2,000.