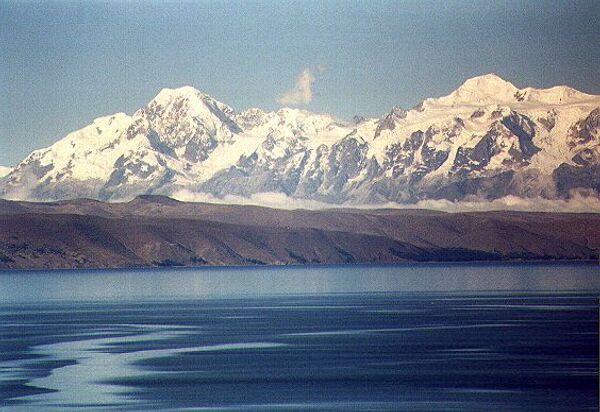 Four men in Peru are to paint Andes summits white in a bid to lower temperatures in the mountains and prevent glaciers from melting, Treehugger.com reports.

Four men in Peru are to paint Andes summits white in a bid to lower temperatures in the mountains and prevent glaciers from melting, Treehugger.com reports.

The men believe that a special environmentally friendly white paint will reflect some 85% of the sun's rays and the heat back into space, which will help to slow the glaciers' melting.

The World Bank has allocated $200,000 to allow them to implement their bizarre idea, which was chosen as one of the top proposals in the Bank's "100 Ideas to Save the Planet" competition held last year.

It is expected that the implementation of the project will take about a year.

The MeteoGroup said the whitewash is absolutely eco-friendly and made from an ancient Peruvian recipe that includes lime, egg whites and water.

The rise in temperatures in the Andes over the past 35 years has shrunk the glaciers in the region. World Bank estimates show that within decades, if no significant measures are taken, there may be no glaciers left.

The plan was criticized by Russian environmental activists.

"I doubt that mountains painting will bring positive results," said Ivan Blokov, Greenpeace program director in Russia. "This is an interruption into the nature, the consequences of which are unclear."

"We can also cover an ocean with foil, but would it be reasonable?" Blokov said. "We must live in peace with nature, rather than try to conquer it."