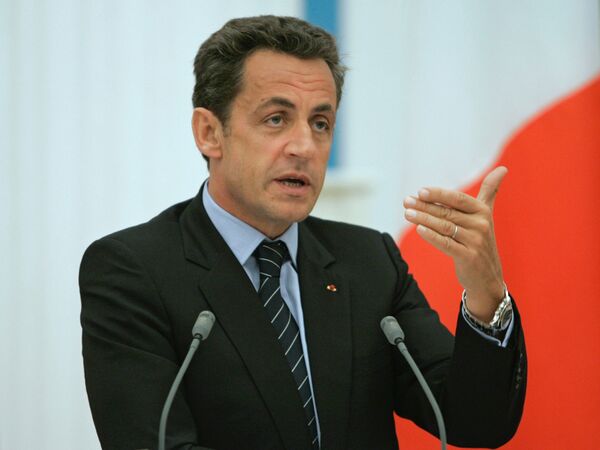 French President Nicolas Sarkozy believes the idea of Russia and Europe building up defenses against one another is something that should remain in the past.

French President Nicolas Sarkozy believes the idea of Russia and Europe building up defenses against one another is something that should remain in the past.

The announcement came during Sarkozy's speech at the International Economic Forum in St. Petersburg on Saturday.

He said that terrorism and mafia are identical threats and that Russia and Europe must jointly fight against them.

Sarkozy said "a new organization that would unite Europe and Russia on a large-scale economic space is needed where people are allowed to move freely, and where we could jointly organize our security, in particular using the suggestions that were made by President Medvedev."

Medvedev announced his initiative to draw up a new pan-European security pact in May 2008, and the first real draft was presented by the Kremlin in November 2009. It got responses from more than 20 governments and their administrations. The European Union and NATO have also studied the draft.

However, U.S. Secretary of State Hillary Clinton said such a treaty was unnecessary.

Her position was echoed by NATO Secretary General Anders Fogh Rasmussen who has stated repeatedly that the West is no threat to Russia and that extra security guarantees are uncalled for.