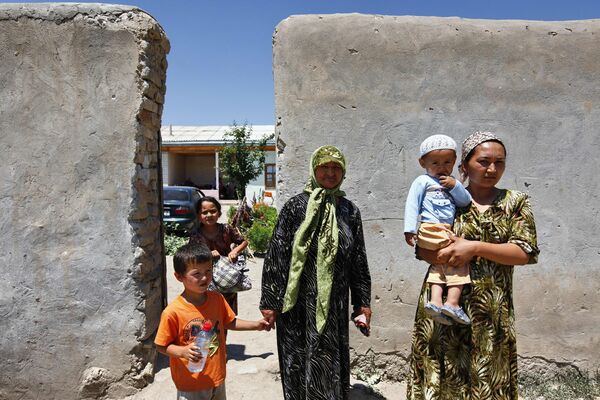 Kyrgyz authorities have asked Russia to send troops to protect strategic installations in the Central Asian state but Moscow has yet to make a decision, a Russian Defense Ministry source said Friday.

"We have taken note of the request, but a final decision has yet to be made," the source said, adding that Russia will follow the situation in Kyrgyzstan.

During a satellite linkup between Bishkek and the UN Headquarters in New York on Friday, Miroslav Jenca, a special representative to the UN secretary general, also said that the head of the Kyrgyz interim government, Roza Otunbayeva, asked Russia for help in protecting strategic facilities like dams.

A number of international and regional organizations, as well as countries neighboring violence-hit Kyrgyzstan are holding consultations on possible international intervention to settle the crisis in the Central Asian country.

During the Bishkek-UN linkup, Jenca said possible intervention would only occur if Kyrgyz authorities agreed.

"Many think that some international presence would be needed in Kyrgyzstan... but [it] requires consultations with partners in the region," he said.

"Consultations are being held, but a decision on the issue of international intervention will nonetheless remain with the interim government of Kyrgyzstan," Jenca said.

Uzbek President Islam Karimov said Friday the violence in Kyrgyzstan was organized by a third party in an attempt to drag Uzbekistan into a conflict with its Central Asian neighbor.

"I do not believe the latest event was an ethnic conflict because neither the Uzbek nor the Kyrgyz people have a reason for this," Karimov's press service quoted him as saying.

He said "neither the Uzbek nor the Kyrgyz people were at fault in the latest tragedy because these bloody events were organized by a third party."

According to Karimov, the main goal of organizing the interethnic violence was to draw Uzbekistan into the conflict. He added that Uzbekistan would never interfere in such conflicts on the territory of another country.