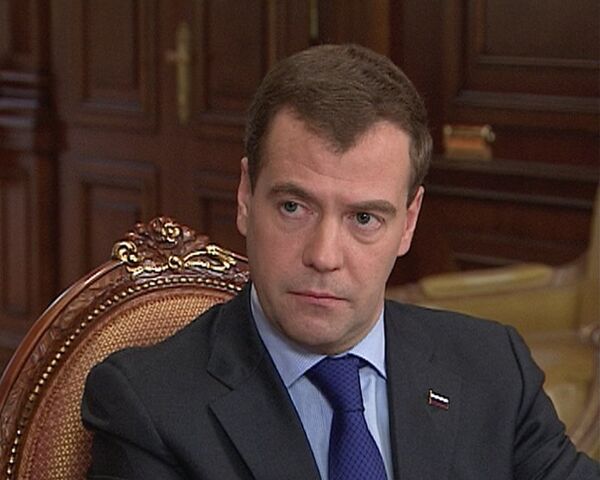 "The Russian president stressed that order should be reestablished [in the country] and ethnic conflict that has led to people's deaths should be quenched as soon as possible," Timakova said.

Deadly ethnic riots swept through the country's second-largest city of Osh and another southern city of Jalalabad on Friday and Saturday, claiming the lives of more than 100 people.

The situation in the country's south remains strained. Groups of people armed with bludgeons and knives were reported roaming along the streets in Osh on Sunday.

Medvedev told Otunbayeva that the Collective Security Treaty Organization (CSTO) would hold a meeting at the level of secretaries on Monday to discuss the situation in Kyrgyzstan, Timakova said.

Participants in the talks, which will involve Kyrgyz representatives, will discuss the "possibility of using procedures and mechanisms envisaged by the CSTO charter" to resolve the conflict, she said.