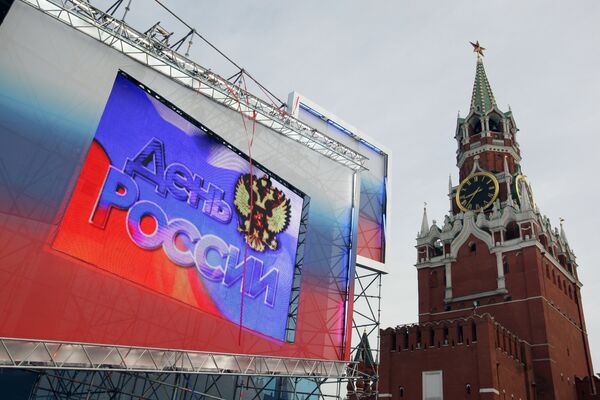 Moscow's Red Square will host a grand show on Saturday as a part of revamped countrywide festivities dedicated to the June 12 Russia Day celebrations.

The holiday has been celebrated since 1994. It was introduced to mark the official declaration of State Sovereignty of the Russian Soviet Federative Republic on June 12, 1990.

Organizers of the Red Square event, which includes a concert by popular Russian singers and artists, said guests would be amazed by creative and technological effects, as well as a horse guards' parade and procession of cars.

Opposition movements will also mark Russia Day. Viktor Sobolev, a spokesman for the Russian Liberal Democratic Party, said they would hold two meetings in Moscow - one near Red Square and one in Poklonnaya Gora park.

The Right Cause party said about 100 members would gather on Chistoprudny Boulevard to protest against authorities' restrictions on society.

Young communists from Communist Youth Union promised to stage their own "anti-holiday" at Chistoprudny Boulevard on Saturday. "We believe there are many other, far more honorable dates in Russian history that could have been referred to for the birth date of our history," they said.

Moscow's police chief Vladimir Kolokoltsev said more than 4,000 policemen would provide security in the center of the city during Russia Day.