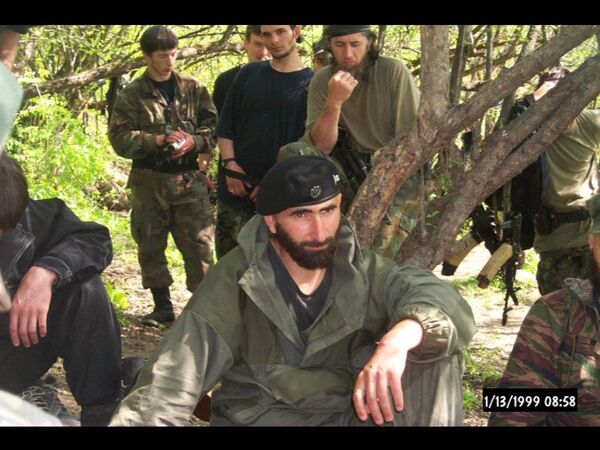 Alexander Bortnikov, the head of Russia's Federal Security Service (FSB), said during a meeting with President Dmitry Medvedev that Ali Taziyev, known as Magas, "is linked to the attack on President Yevkurov."

Yevkurov was badly injured on June 22, 2009, when his motorcade was hit by a car packed with explosives driven by a suicide bomber.

In a telephone conversation with RIA Novosti, Yevkurov called Taziyev a "mad dog" and demanded that he be sentenced to life in prison.

Bortnikov said the FSB was investigating Taziyev's crimes, which he detailed to the president.

"This bandit, together with [Shamil] Basayev, organized an attack on Nazran in 2004, and after that he was involved in the blowing-up of two passenger buses in the Stavropol region," he said.

"He was involved in the kidnapping of the relatives of former Ingush President [Murat] Zyazikov," Bortnikov added. "In 2009, [he] was behind the explosions in the building of the Interior Ministry in Nazran, which resulted in the deaths of dozens of officers."

The August 2009 truck bombing of the police headquarters in Nazran was Ingushetia's worst attack in several years, with at least 24 people killed.

"We will report on the progress of the investigation," the FSB chief told Medvedev.

Bortnikov declared the Yevkurov case closed in October 2009, telling a meeting of Russia's National Anti-Terrorism Committee that the militants behind the attack - the leaders of the "Ingush dzhamaat" group, Dzortov and Aliyev - had been killed in a police operation.