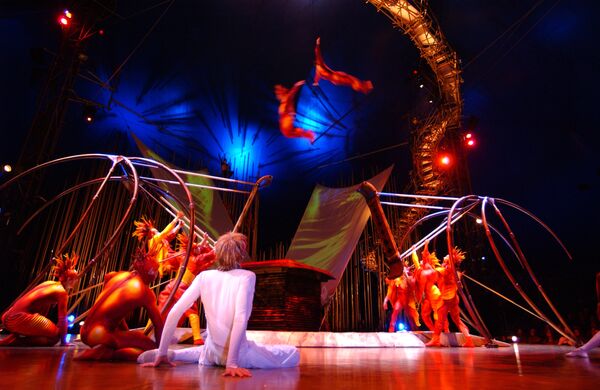 Cirque du Soleil combines theatre, choreography and acrobatics. It was founded in 1984, and is based in the Canadian city of Montreal. Over 400 people work in the company's troupes, allowing simultaneous performances in different parts of the world.

The group's first performance in Russia was held in Moscow's Luzhniki sports complex on October 23, 2009.

Pasca described Corteo as "a feast of life," that induces spectators to "think about their relationships, their friends and people that are or have been part of their lives."

He described the show as "nostalgic," which he said helps the audience move closer to poetic forms and to think about life.

Corteo is a first show Pasca has directed for the Cirque du Soleil and he calls his creation his "son." He said he most enjoyed working with "small secret details."

The staging of Cirque du Soleil's Varekai show, created in Montreal in 2002 by the theater producer Dominic Champagne, cost more than $10 million and involved 71 trailers transporting more than 1,000 tons of equipment.