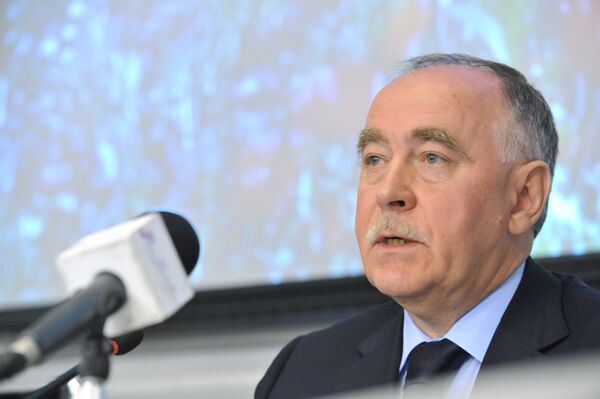 Afghan drug production is an international rather than a local or regional threat, Russia's drug control chief has said

Afghan drug production is an international rather than a local or regional threat, Russia's drug control chief has said.

"The time has come to qualify the status of Afghan drug production as a threat to world peace and security," Viktor Ivanov told an international security conference in Berlin.

"This is a key postulate of the action plan that was proposed by Russia to the international community and voiced at NATO headquarters, the European Parliament and Beijing," he said at the Central Asia and Afghanistan: Problems and Solutions forum.

He emphasized it was drug production that had given rise to rife political and economic instability in Afghanistan.

The Moscow-backed action plan includes the elimination of poppy plantations and the inclusion of large landowners who provide land for the plantations on the UN sanction list.

"Evidently, the time is ripe for the international community to consolidate around our plan," Ivanov said.

"Market prices for opium are three times higher than those for wheat, and the risks involved in its production and trading are incomparably higher," he went on.

"Here is the core of the problem and an evident failure of international efforts, which are concentrated on so-called alternative farming."

He said the U.S. and EU annual grants for alternative farming in Afghanistan, amounting up to $500 million, do not prevent farmers from growing poppies, whereas in Columbia a mere $50 million saw a "stunning result."

The United States has effectively used defoliants to eradicate coca and poppy plantations in Columbia, wiping out nearly 230,000 hectares in 2008 alone. During the same period, only 3% of Afghan poppy plantations were eradicated.

As a follow-up to the conference, an international forum on combating Afghan drug trafficking will be held in Moscow on June 9-10.

According to the Federal Drug Control Service, Afghan opium causes the deaths of around 100,000 people around the world annually. In Russia alone Afghan heroin kills around 30,000 young people each year.

Afghan drug production increased dramatically after the U.S.-led invasion that toppled the Taliban in 2001, and Russia has been one of the most affected countries, with heroin consumption rising steeply.