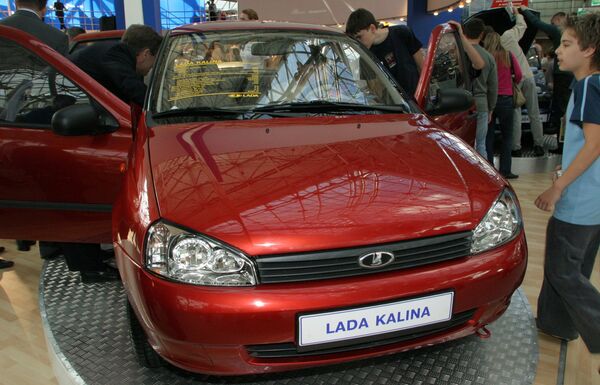 Vedomosti said the government plans to allocate a further 10 billion rubles ($320 million) for the scheme, which gives motorists 50,000 rubles toward a new Russian-built vehicle if they turn in a car older than 10 years to be scrapped.

The program, which was originally due to expire in November, has done a great deal to revive Russia's car market since it started in early March with a budget of 10 billion rubles - enough for 200,000 certificates.

The main beneficiary has been AvtoVAZ, as its Lada cars make up to 70% of all vehicles bought under the program. While AvtoVAZ sold only 22,824 cars in February, the figure soared to 49,911 in May.

Senior automobile industry and government officials have repeatedly called on Putin to expand the program to include trucks and buses. Critics say, however, this should wait for better times, as the program is being tentatively developed and yet more tentatively scrapped.

Deputy Director of the Avtostat think tank Sergei Udalov said that while the utilization program had its advantages, Russia's car market had begun to recover separately from it.

He said its extension, which was approved by Putin on Thursday, would not aid large Russian carmakers except AvtoVAZ, for which it is, indeed, a life and death question, as it was hit hardest by the global financial crisis.

Udalov said there was little sense in extending the program, and that the age of the cars should be raised to 20 years and the amount of the discount decreased.