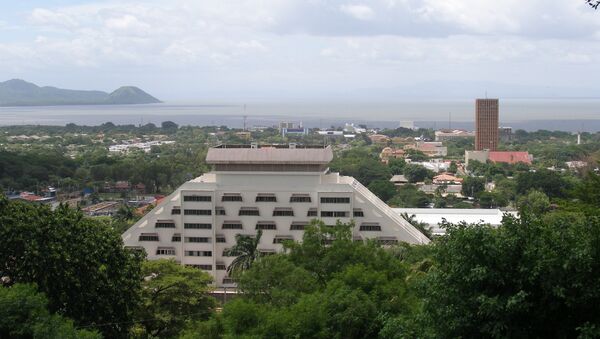 All formal procedures related to the opening of the Abkhazian and South Ossetian embassies in Nicaragua have been completed.

All formal procedures related to the opening of the Abkhazian and South Ossetian embassies in Nicaragua have been completed, the Latin American country's foreign minister said.

Nicaragua was the second country after Russia to recognize Abkhazia and S. Ossetia following a five-day war between Russia and Georgia in August 2008 that began when Georgian forces attacked South Ossetia in an attempt to bring it back under central control.

So far, only Nicaragua, Venezuela and a tiny island nation of Nauru have followed Russia's suit.

"The formal part of the process to open diplomatic missions of Abkhazia and S. Ossetia in Managua has been completed. It deals with the preparation of all necessary documentation and several other issues," Samuel Santos told RIA Novosti on Wednesday.

The minister said the actual opening of the embassies had been delayed "for a number of objective reasons," but refused to name them.

The recognition of the two former Georgian republics may well be a move to ensure Russia's help in reviving Nicaragua's ailing economy, which has been severely hit by the recent global economic crisis.

The Russian-Nicaraguan intergovernmental commission met on Tuesday in the Nicaraguan capital Managua for the first time in the past 18 years.

Russia's officials earlier said the resumption of the commission's activity testified to the countries "reaching a new level of bilateral ties."

The countries reportedly have a number of strategic projects in the energy sphere and state of the art technology, health care, transport, fishery and agriculture.

Russia supported the Sandinista movement in Nicaragua during the Soviet era, but relations between the two countries cooled after the Sandinistas left office in 1990. They started to improve again after Sandinista leader Daniel Ortega returned to power in 2006.