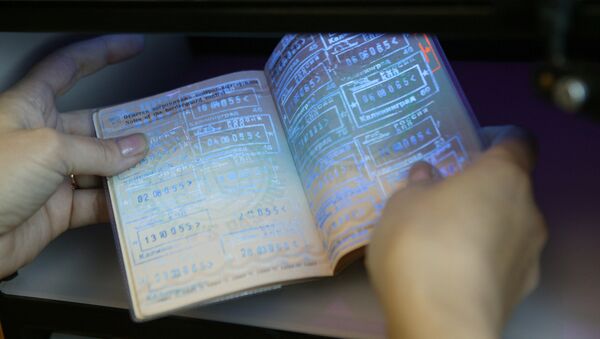 Russia should not expect a quick transition to a visa-free regime with the EU, the deputy head of the Delegation of the European Union to Russia said

Russia should not expect a quick transition to a visa-free regime with the EU, the deputy head of the Delegation of the European Union to Russia said.

A draft agreement on the issue, which was drawn up by Russia, was presented at the EU-Russia summit in the southern Russian city of Rostov-on-Don last week.

"We will certainly study it, but we would not want to raise expectations that this is something that can be settled very quickly," Michael Webb said at a press conference on Russia-EU summit in Rostov-on-Don. "There will not be a consensus on the visa abolishment agreement with Russia straight away; it has to be a step by step approach."

Webb said the EU had suggested moving from dialogue on the issue at an expert level to discussion among senior officials.

"We had the first round of discussions at expert level. The EU is now proposing to move from expert level to senior official level, which would try to identify the next operational steps that will make progress towards visa abolition possible," he said.

He said there are a number of issues that the need to be clarified before the visa regimes can be abolished. One such issue is the readmission of Russia citizens, staying in the EU illegally, to Russia.

"At the moment there is no consensus that all those requirements will be made," Webb said.

Medvedev said earlier Russia was ready to scrap visa requirements for residents of EU states "tomorrow," if the EU was prepared to do the same for Russians. He said Russian society was ready for the move.

Russia and the EU announced their "long-term" plans on the visa-free regime at the St. Petersburg Economic Forum in 2003. Last November, the sides agreed in Stockholm to start a long-term Partnership for Modernization, which includes a commitment to scrap visa requirements.

Russia's envoy to the EU, Vladimir Chizhov, said last week that Russia and the EU should speed up the process of abolishing visa requirements.