Duma to consider response to U.S. missile deployment in Poland 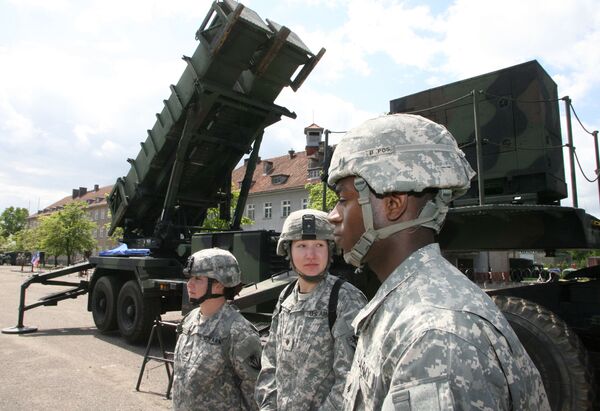 The State Duma will discuss Russia's response to the deployment of U.S. missiles in Poland during debates on the new Russian-U.S. strategic arms reduction treaty, Duma speaker Boris Gryzlov said on Saturday.

In an interview with the Rossia TV channel, he suggested one possibility could be the deployment of Russian missiles in the Kaliningrad exclave near the Polish border.

"I would not like the situation to develop," he said. "[Military] reinforcement in Kaliningrad Province as a response has been discussed... There is no doubt that this issue will be discussed in the Duma."

His remarks came in response to Moscow's reaction with Russian Deputy Foreign Minister Alexander Grushko saying on Friday nothing could justify the deployment of U.S. missiles near the Polish-Russian border.

Sikorski stressed that as a NATO member state Poland has every right to set up defense systems together with its allies and this should not cause any problems.

The United States opened on Monday a temporary military base near the northern Polish town of Morag, 80 km (50 miles) from the Russian border, in accordance with an agreement negotiated under former President George Bush in 2008.

The U.S. troops will be deployed at the base to train Polish forces until 2012, when the base is expected to become permanent. The move has brought a strong reaction from Moscow, which is particularly displeased by its proximity to Russia's Baltic exclave of Kaliningrad.

Russia has suggested the base be moved away from the borders, and the Foreign Ministry said on Wednesday that the deployment did not enhance regional security and cooperation.

Russian Foreign Minister Sergei Lavrov said on Thursday that Moscow expected an explanation on the deployment of U.S. Patriot missiles.

The new START treaty, signed on April 8 in Prague, replaces the 1991 pact that expired in December. The deal is expected to bring Moscow and Washington to a new level of cooperation in the field of nuclear disarmament and arms control.

The treaty stipulates that the number of nuclear warheads be reduced to 1,550 on each side over seven years, while the number of delivery vehicles, both deployed and non-deployed, must not exceed 800.

U.S. President Barack Obama told Medvedev on May 13 the United States had already submitted the document for ratification to the Senate.