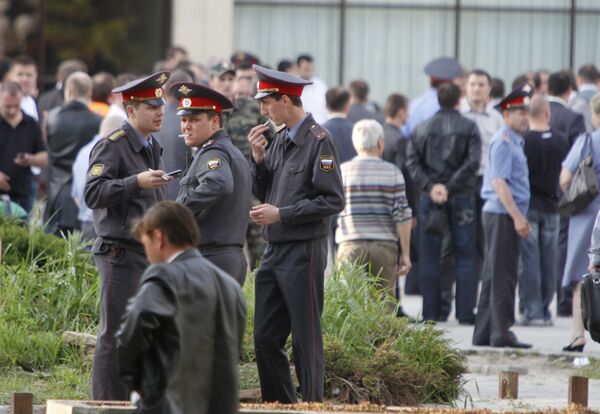 "Unfortunately, our colleagues in the North Caucasus republics are unable to tackle the wave of banditry," Alexander Bastrykin said.

He described the recent terrorist attack in the south Russian city of Stavropol as an "outrageous and horrible crime against peaceful citizens."

A powerful blast went off outside the city's House of Culture and Sport on Wednesday evening before a Chechen concert was to begin, killing seven and injuring more than 40 people.

"I think that we are right in sending our best people to the Caucasus," Bastrykin said, adding that there are currently around 160 Investigation Committee officers there.

The Stavropol Territory is the largest region in the North Caucasus Federal District, but has remained largely free of violence that occurs frequently in the neighboring republics of Chechnya, Ingushetia and Dagestan.