Putin to attend security forum in Turkey on June 8 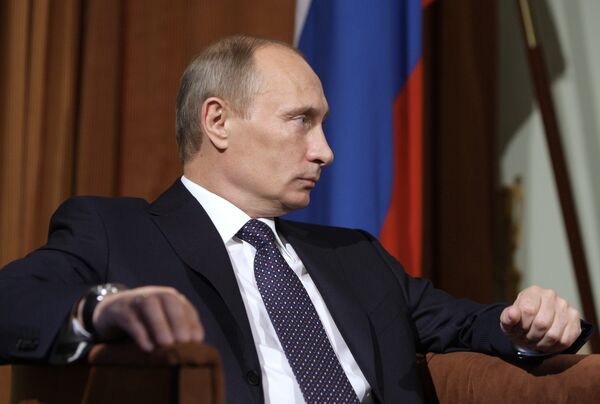 Russian Prime Minister Vladimir Putin will visit Turkey on June 8 to attend the third summit of the Conference on Interaction and Confidence-Building Measures in Asia (CICA).

Russian Prime Minister Vladimir Putin will visit Turkey on June 8 to attend the third summit of the Conference on Interaction and Confidence-Building Measures in Asia (CICA).

The CICA is an inter-governmental Asian security forum, which was established in 1992 and currently comprises 18 member-states, including Russia, China, South Korea and Turkey.

The summit will most likely focus on the current crisis on the Korean peninsula, following the alleged sinking of a South Korean warship by a North Korean submarine.

Relations between North Korea and South Korea soured after Seoul accused Pyongyang of firing a torpedo from a submarine at the 1,200-ton South Korean Cheonan corvette. The vessel sank near the disputed Northern Limit Line in the Yellow Sea on March 26 causing the loss of 46 lives.

North Korea, angered by the accusations, declared on Tuesday it was cutting all ties with Seoul and allegedly ordered its 1.2- million armed forces to get ready for combat.

Russia and China have called for North and South Korea to exercise restraint and not allow the situation on the Korean peninsula to escalate.

Russian President Dmitry Medvedev ordered on Wednesday to send a group of Russian experts to South Korea to examine the results of a probe into the sinking of the Cheonan corvette.