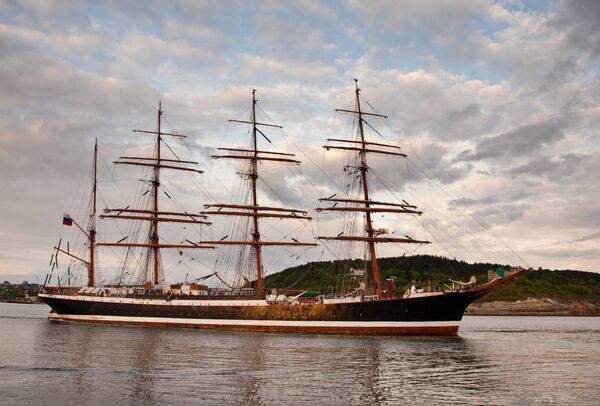 The Sedov barque, the world's largest traditional sailing ship in operation, welcomes on board visitors of Oslo, which hosts the 2010 Eurovision Song Contest, the captain said

The Sedov barque, the world's largest traditional sailing ship in operation, welcomes on board visitors of Oslo, which hosts the 2010 Eurovision Song Contest, the captain said.

The ship is on the first leg of its expedition which began in late April. The vessel, carrying students of Russian maritime colleges, is currently docked in Oslo where it is due to stay until May 30.

“All the days during its stay in Oslo, the barque will be open for free visits of the citizens and guests of the Norwegian capital,” Captain Maxim Rodionov said in a statement.

This year’s Russian Eurovision contestant, Peter Nalitch and Friends, is expected to perform for sailors of the Sedov vessel ahead of the competition finals on Saturday.

“The reception in honor of the Eurovision finalists will take place on board the vessel on the final day of the contest – on May 29,” the captain was quoted as saying.

The next stop of the vessel will be Gothenburg, where it will mark Sweden's national day. The ship will then go to Helsinki, Stockholm and Russia’s St. Petersburg.

In mid-July the barque will have a second stage of the expedition to the Arctic. It will visit Iceland and the Spitsbergen archipelago and then go to Franz Josef Land, Severnaya Zemlya and Novaya Zemlya in the Arctic Ocean.