No reason to expect record highs this summer - Russian scientist 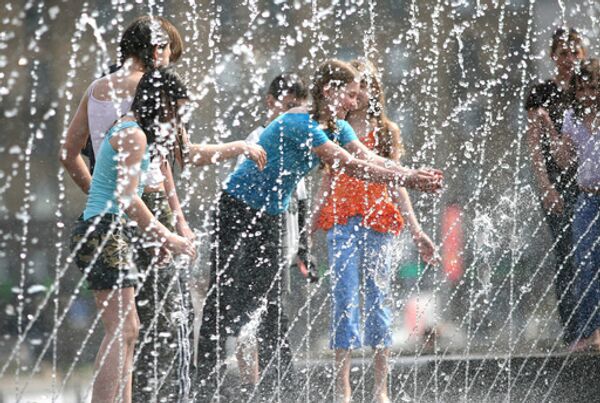 © RIA Novosti . Valeri Titievski
Subscribe
There is no reason to expect the forthcoming summer to set new records for high temperatures, the head of the Russian meteorological center said on Monday.

There is no reason to expect the forthcoming summer to set new records for high temperatures, the head of the Russian meteorological center said on Monday.

Over the weekend, media reports quoted NASA climate scientist James Hansen as saying that the coming summer would be one of the hottest for 130 years.

Later, the American scientist denied the information, saying journalists had based their conclusions on a draft paper available on his website.

"I must finish the final version of the paper," he told RIA Novosti.

Hansen predicted the high temperatures due to the El Nino effect in the Pacific Ocean, which warms the ocean's surface and changes the climate in almost all of the northern hemisphere.

"The majority of specialists expect significant water warming in the eastern part of the Pacific Ocean. But there are specialists who disagree," said Roman Vilfand of the Russian Hydrometeorological Center.

"As for El Nino, the temperature in this part of the ocean is 1-1.5 Celsius degrees higher than average. In general, these values are not very high," Vilfand said.

"It's difficult to forecast how El Nino will behave," he said, adding that he expected summer 2010 to correspond to current climatic norms or be slightly above them.