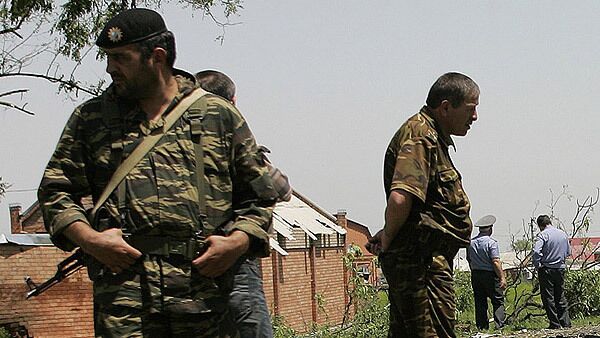 The attack took place at around 11.30pm Moscow time (20:30 GMT) in Ingushetia's largest city of Nazran, the source said.

Police rushed to the site of the accident, he said.

Russia has been fighting militants in the mainly Muslim North Caucasus republics, especially Ingushetia, Chechnya and Dagestan. The republics have seen an upsurge of militant violence lately, with frequent attacks on police and officials.

Russian President Dmitry Medvedev has described the situation in the region as a major threat to national security.

The Kremlin has pledged to wage "a ruthless fight" against militant groups in the North Caucasus but also acknowledged a need to tackle unemployment, organized crime, clan rivalry and corruption as causes of the ongoing violence in the region.