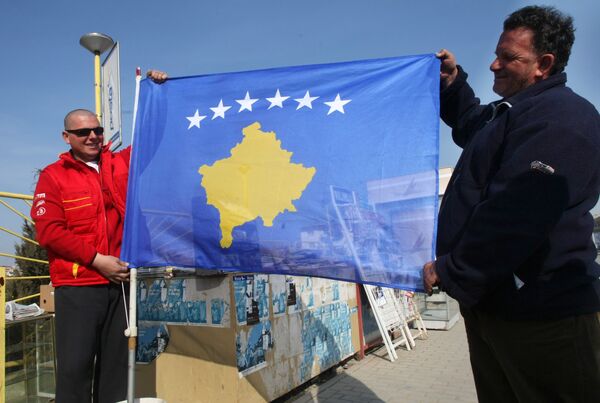 The Republic of Somalia on Wednesday officially recognized Kosovo as an independent and sovereign state.

The Republic of Somalia on Wednesday officially recognized Kosovo as an independent and sovereign state, a Serbian news agency said.

A total of 69 countries, including major Western powers, have now recognized the independence of Serbia's ethnic-Albanian-dominated province, which was declared in February 2008.

The rest of the world, including Russia, China, India and several European Union countries, still considers Kosovo to be part of Serbia.

Somalia is a Muslim country located in the Horn of Africa. It is one of the founding members of the Organization of the Islamic Conference and is also a member of the United Nations, the Arab League and the African Union.

The country has been without an effective government since 1991 and plagued by fighting between rival warlords, famine and disease, which have claimed the lives of up to 1 million people. The issue of piracy off the Somali coast has been acute in the recent years.

The current U.N.-backed government led by President Sheik Sharif Sheik Ahmed only holds a few blocks of the capital, Mogadishu, with the help of 5,300 African Union peacekeepers and comes under daily attacks from Islamist militants.