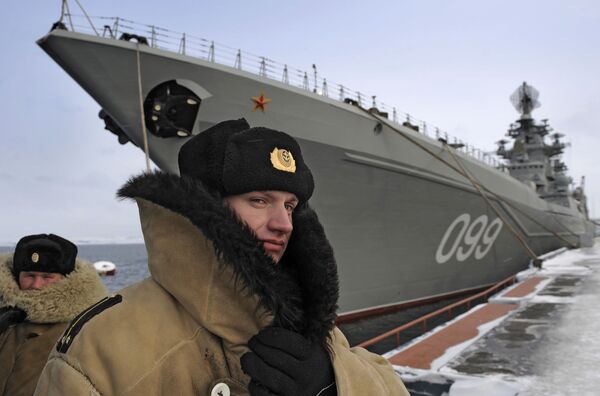 It said the Northern Fleet's cruiser had taken part in combined-arms maneuvers with a naval group from Russia's Pacific Fleet that started on Monday.

On May 12, the Pyotr Veliky and the Moskva guided-missile cruiser, the flagship of the Black Sea Fleet, completed joint exercises in the South China Sea.

The two vessels are due to arrive in Russia's Far Eastern port of Vladivostok in June-July to take part in the Vostok-2010 large-scale strategic exercise. The exact date of the drills is yet to be announced.

Russia announced in 2007 that it was building up its naval presence across the world. Foreign port calls by Russian warships have become more frequent.