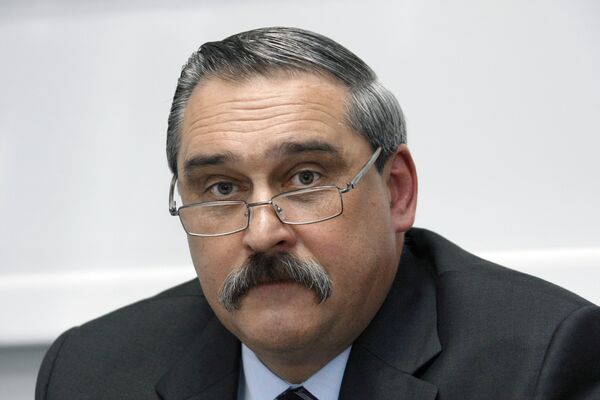 A meeting will be held on May 22 ahead of the summit of the Shanghai Cooperation Organization (SCO) due in June. The SCO includes Russia, China, Kazakhstan, Uzbekistan, Tajikistan and Kyrgyzstan.

The SCO was established in 2001 to help ensure security along the border between China and former Soviet republics. But later it transformed into a broader regional grouping that aims at promoting cooperation between its member states and regional security.

"The situation in this country (Kyrgyzstan), which is one of the founders of the SCO, is important for stability in Central Asia. We plan to discuss ways of supporting [our] Kyrgyz partners," Nesterenko said.

The SCO ministers will also discuss a draft declaration of the SCO summit. The document will touch upon overcoming the consequences of the global financial crisis, reforming the international financial system, disarmament and nonproliferation. It will also call for cooperation in counter-terrorism and anti-drug fighting, Nesterenko said.

The ministers will also discuss issues in regard to Afghanistan.

"We will discuss issues of coordination between SCO member-states in the context of preparations for an international conference on Afghanistan in July this year in Kabul," added Nesterenko.