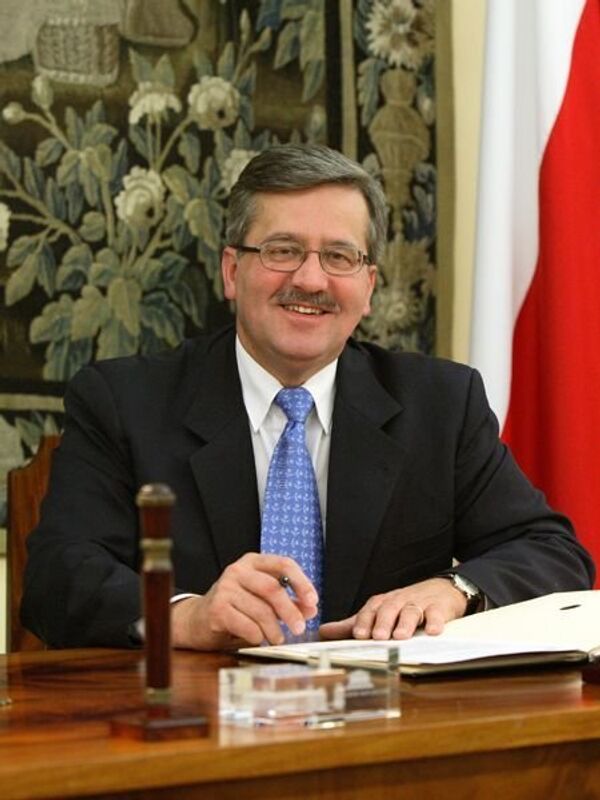 According to new data, the Polish Central Election Commission has received applications from 22 candidates planning to participate in the country's presidential race. Earlier information said 23 candidates applied for the election.

The survey, which was conducted among some 1,000 respondents in Poland, said Komorowski would get 47% of the vote in the first round of the election and 57% in the second.

Komorowski has set June 20 as the date for early presidential elections, which will determine the successor to late president Lech Kaczynski, who died in a plane crash on April 10.

Many experts believe that only the strongest applicants will be able to obtain the required 100,000 signatures to be officially registered as candidates. It is widely thought that only Komorowski; Jaroslaw Kaczynski, the late president's twin brother; Deputy Premier Waldemar Pawlak; and democratic leader Grzegorz Napieralski will manage to obtain enough signatures by the May 6 deadline.

However, only Komorowski and Jaroslaw Kaczynski, who has pledged to continue the policies of the late president, have any real chances of winning, experts say.