Early presidential elections in Poland to be held on June 20 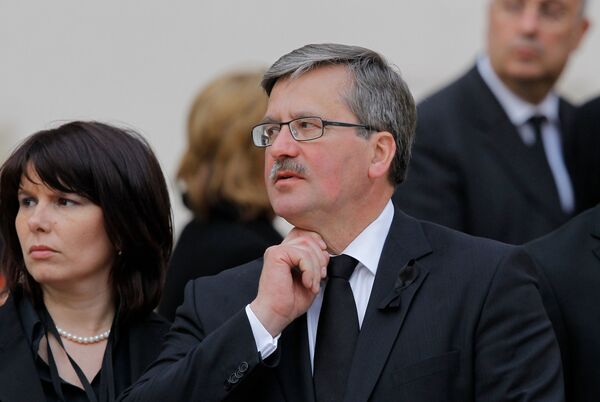 Komorowski was thrust into the role of acting president after the death of Lech Kaczynski in a plane crash near the western Russian city of Smolensk on April 10.

The president and first lady died along with 95 other people, including a high-ranking Polish delegation, also traveling on the plane.

The late president and first lady were laid to rest in Krakow on Sunday.

The delegation of top public figures was on its way to pay tribute to some 20,000 Polish officers executed by Soviet secret police in 1940.