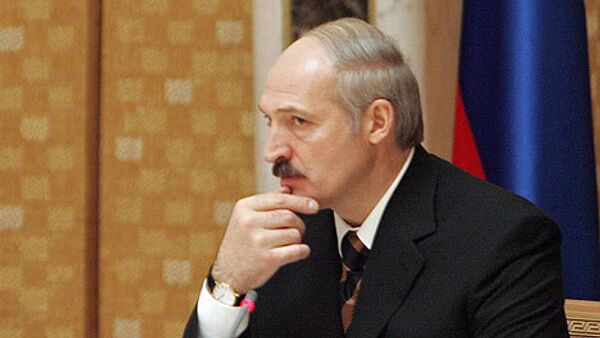 Belarusian President Alexander Lukashenko said on Tuesday that Russia's actions were undermining the foundations of the Customs Union.

Belarusian President Alexander Lukashenko said on Tuesday that Russia's actions were undermining the foundations of the Customs Union.

"The Russian leadership has in recent years decidedly embarked on a policy of pragmatism, on so-called market relations," Lukashenko said in an address to parliament and the nation.

The president said that Belarusian products were being squeezed out of the Russian market, creating obstacles to their transit to Asian countries.

The president also said higher energy prices were one way Belarus was being squeezed from the Russian market, complaining that oil prices were twice what they used to be, making it unprofitable to sell petrochemicals.

Relations between Moscow and Minsk have been soured by a series of economic disputes, including over Russian energy supplies.

Earlier this year the two ex-Soviet neighbors were involved in a dispute over oil supplies, as Moscow demanded Minsk pay full import duties on crude it refines and resells to Europe, dropping considerable subsidies.

Lukashenko also said that the Customs Union of Belarus, Russia and Kazakhstan would only be workable if the sides meet all their commitments and obligations.