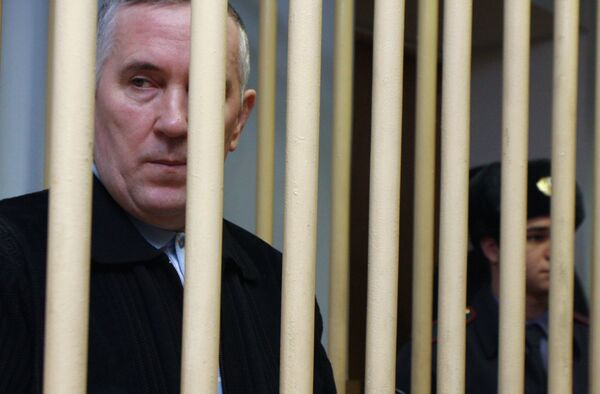 Col. Boris Segeda was found guilty of taking bribes to file fake documents that allowed a person to get two apartments in the Moscow Region valued at over 7 million rubles ($240,000).

Investigators found that Segeda was assisting Galina Chelbanova, a chief engineer of a housing service. Segeda and Chelbanova each received $7,000 and two cottages worth over 1 million rubles ($34,000).

Chelbanova, who like Segeda was charged with abuse of office, forgery and bribe taking, was sentenced to eight years in prison. The colonel was stripped of his rank and deprived of state awards.

The illegally acquired apartments have been returned to the Russian Defense Ministry.

Segeda has dismissed the accusations against him as "nonsense, lie and treason" and his lawyer said they would appeal.

"We will certainly appeal the sentence as it is harsh and unjust," Mikhail Lytkevich said.

Under the law, the sentence can be appealed within 10 days.