Russia says US shows 'no interest' in signing adoption agreement 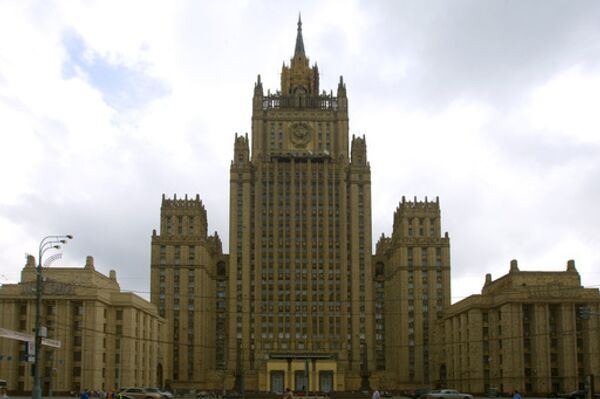 © RIA Novosti
Subscribe
International
India
Africa
The Russian Foreign Ministry said on Monday the United States has not yet shown interest in signing a bilateral adoption agreement with Russia.

The Russian Foreign Ministry said on Monday the United States has not yet shown interest in signing a bilateral adoption agreement with Russia.

"We have repeatedly and reasonably raised the issue of signing the bilateral agreement on foreign adoptions with the American side...Unfortunately, the United States has so far shown no interest in reaching such an agreement," the ministry said.

The statement was made following the latest adoption incident when a U.S. adoptive mother sent Artyom, 8, on a one-way flight back to Russia just six months after adoption claiming he was "psychopathic."

The agreement should "precisely regulate the process of adoption and include efficient mechanisms to control the living conditions of children adopted from Russia and ensure their legal protection," the ministry said.

"The Russian Foreign Ministry insists that further adoptions take place in the framework of a bilateral agreement with the United States. We are ready to work with the American side to conclude [the agreement]," the ministry said.

"If our partners show the desire to accept this agreement, it will allow us to avoid freezing the practice of adoption by U.S. citizens. We see no other options of resolving the situation," the statement said.

Russia is one of the largest sources of adoptions to the United States, but the issue has become controversial in Russia in recent years, following numerous incidents involving the mistreatment of Russian adopted children in the United States.

In an interview with ABC, President Dmitry Medvedev said Russia was "alarmed" by this tendency and could "totally refrain from the practice of adopting Russian children by American adoptive parents" unless the agreement was signed.