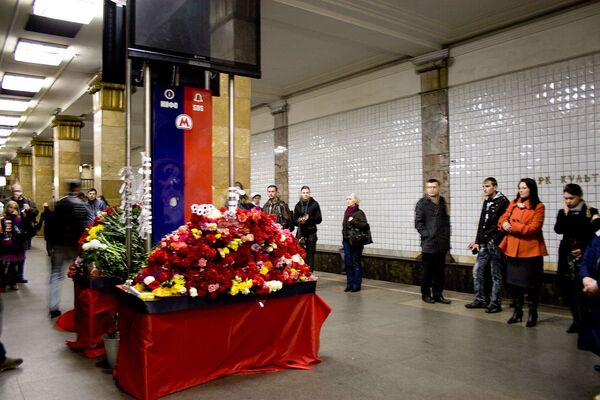 Lithuanian special services are looking into possible involvement of a Lithuanian woman in deadly twin blasts in the Moscow metro in late March, the Lietuvos Rytas newspaper said.

The 20-year-old woman from the western Lithuanian city of Klaipeda was detained in the Vilnius international airport trying to get on a flight to Moscow shortly before two bombs detonated during the morning rush hour at the Lubyanka and Park Kultury stations of Moscow Metro on March 29.

The woman attracted attention of Lithuanian special services as she persistently tried to obtain a Russian visa.

A search in the airport revealed that the woman had information on explosive devices and their use in her luggage, as well as Moscow metro maps.

Subsequent investigation revealed that she had a Chechen friend, who perished after returning to his homeland in 2007. The girl soon ran from home and was found six months later in a small German town where she lived in a Chechen family.

She used to say that she wanted to convert to Islam and after returning to Klaipeda maintained contacts with other Chechens living there.

Prosecutor General's offices in Lithuania and Russia, as well as Lithuanian State Security Department did not comment on the report.

Suicide bombers who set off the bombs, killing 40 people and injuring over 100, have already been identified as Dzhanet Abdurakhmanova (Abdulayeva), born in 1992, and Mariam Sharipova, a 28 year old school teacher from the Russian North Caucasian republic of Dagestan.

An unnamed law enforcement source said on Friday Russian police had detained the suspects in the deadly blast, but a spokesman for Russia's Investigative Committee later denied the reports.