Iran's first NPP in Bushehr to be launched in August 2010 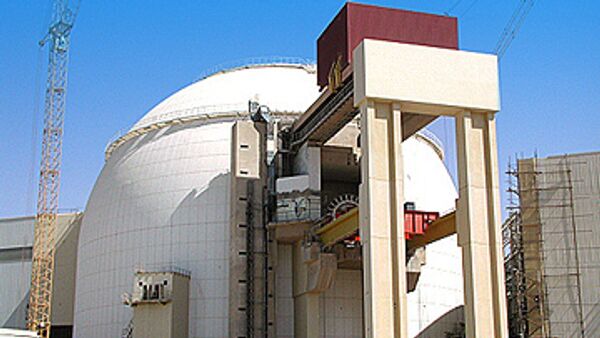 The Bushehr nuclear power plant in Iran will start operating in August, disregarding possible sanctions against the Islamic republic, the head of the Russian Federal Atomic Energy Agency (Rosatom) said.

"Sanctions, which are being discussed regarding Iran, have no concern with [the] Bushehr [nuclear power plant]," Sergei Kiriyenko said, adding "nobody has questions concerning this NPP, and it is clear for everybody that [the] Bushehr [NPP] is not a threat to the non-proliferation regime."

The date of launch of the Bushehr NPP has been postponed many times for financial and technical reasons. Iranian officials have claimed that Russia was reluctant to finish the facility due to UN sanctions and concerns voiced by world powers that the plant is part of a covert nuclear weapons program.

The United States and other Western countries suspect Iran of developing nuclear weapons under the guise of a civilian nuclear energy program and are seeking new sanctions following Iran's move to enrich uranium to 20%.

Russia has consistently said the dispute should be resolved through diplomatic means, but has increasingly expressed a willingness to consider sanctions.

Speaking on Wednesday at the Brookings Institute, a leading U.S. think tank, following the nuclear security summit in Washington, the Russian leader said possible sanctions against Iran "should ensure nuclear nonproliferation rather than punish the Iranian nation."

The Rosatom chief said the "experience of peaceful use of atomic energy should be supported."