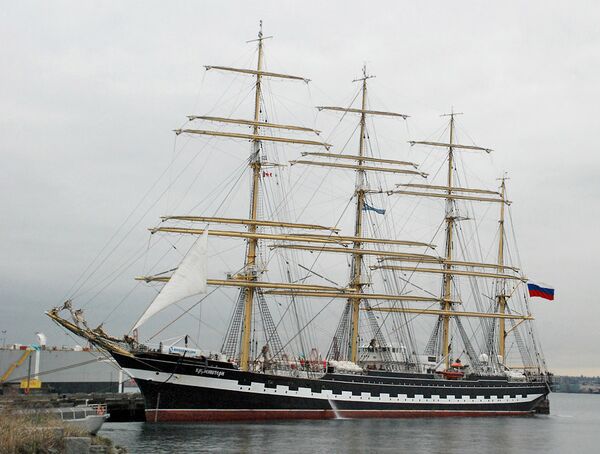 The Russian sailing ship Kruzenshtern arrived in Havana on Friday on a two-day visit.

The visit coincides with the 50th anniversary of the reestablishment of Russian-Cuban diplomatic relations.

A series of official events and business meetings will be held during the Kruzenshtern's stay in the Cuban capital.

A photo exhibition dedicated to Russian-Cuban diplomatic relations will be opened to the public.

The Russian ambassador to Cuba called the Kruzenshtern's visit to Havana one more sign of rapidly developing Russia-Cuban relations.

The second stage of the Kruzenshtern's transatlantic voyage started in Kaliningrad on December 1, 2009. The Kruzenshtern has already sailed through the Atlantic, the Panama Canal, and along the Pacific West Coast of the United States.

The ship was moored for three weeks in Vancouver during the Winter Olympics and became one of the most important symbols of support for the Russian team in its ultimately unsuccessful campaign.

The Kruzenshtern was built in 1926 and in spite of its age is widely regarded as one of the jewels of the Russian sailing fleet.