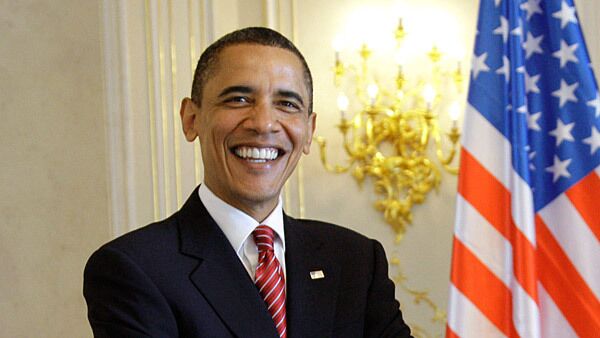 © RIA Novosti . Dmitry Astahov
Subscribe
Now that the U.S. and Russia signed a new nuclear agreement in Prague on April 8, the world can turn its attention to other nuclear conundrums.

Now that the U.S. and Russia signed a new nuclear agreement in Prague on April 8, the world can turn its attention to other nuclear conundrums.

These problems will be discussed on a global scale on April 12-13 at the Global Nuclear Security Summit hosted by U.S. President Barack Obama. Obama proposed the summit at the G8 meeting in Italy back in July 2009. In May, the world will take another step forward with the UN's review of the Nuclear Non-Proliferation Treaty of 1968.

The leaders of 47 countries will gather in Washington for the summit to discuss and possibly adopt a plan to secure nuclear materials; prevent smuggling and black-market dealing in nuclear materials; uncover and disrupt nuclear terrorism plots; and step up non-proliferation efforts and the monitoring of fissile materials. Russia has played a big role in drafting the summit's agenda.

It is encouraging that the summit will be attended by a large number of countries, including nuclear troublemakers like Pakistan, India and China. Perhaps even more encouraging, Obama has finally seriously embarked on his international disarmament campaign, which will address important issues like arms control, nuclear terrorism and non-proliferation. His predecessor, George W. Bush, also talked about arms control and disarmament. But there is a big difference between stating a goal and taking concrete steps toward that goal. The road ahead will be arduous.

There will be no shortage of discord at the summit, which will be attended by nuclear states that have not signed the NPT (Israel, India, Pakistan and North Korea), states that are not in compliance with their treaty obligations (Iran and North Korea) and the "old" nuclear states (the United States, Russia, Britain, France and China). They are unlikely to find common ground any time soon. But it would be enough to emerge from the summit with some general political declaration. This would at least be a step in the right direction.

Let's hope the summit doesn't devolve into a nuclear trial of Iran and North Korea, or a forum for pressuring these countries with the threat of more sanctions. Few doubt that it was initially devised as such, at least in part. The question is whether it will maintain its global focus or narrow in on Iran and North Korea.

One thing is clear: we shouldn't expect too much from it. Any decisions that come out of the summit could only have practical significance if the nuclear disarmament process was actually underway now. As it is, nuclear disarmament is a plan for the distant future. As long as the world is divided into powerful nuclear states, "nuclear teenagers" like India, Pakistan and Israel, and "nuclear brats" like Iran and North Korea, the latter two categories will always feel that the world is infringing on their sovereign nuclear rights.

Obama seems to be working toward a Fissile Materials Cutoff Treaty (FMCT), but he is far from a pioneer or messiah on the issue. FMCT was first discussed in the late 1950s. Obama and Medvedev discussed FMCT preparations during their previous meeting in Moscow in 2009.

According to the International Panel on Fissile Materials (IPFM), which includes Russian experts, the world's HEU reserves currently total 1,670 metric tons, including 760 tons for "non-military use." Russia and the United States hold the lion's share of these reserves. Outside these two countries, civilian projects require about 4.3 tons of HEU annually, which is enough to produce 160 nuclear warheads.

Most of the rules governing the use of nuclear materials were written (or at least thought up) after World War II in the 1950s, and they have not changed significantly since then. And yet, the number of nuclear states has grown.

As with any complex issue, all aspects are closely interrelated. Therefore, it will be difficult for the summit to reach an agreement - more difficult, in fact, than it was for Washington and Moscow to reach a new bilateral nuclear deal. But it's time to start trying.