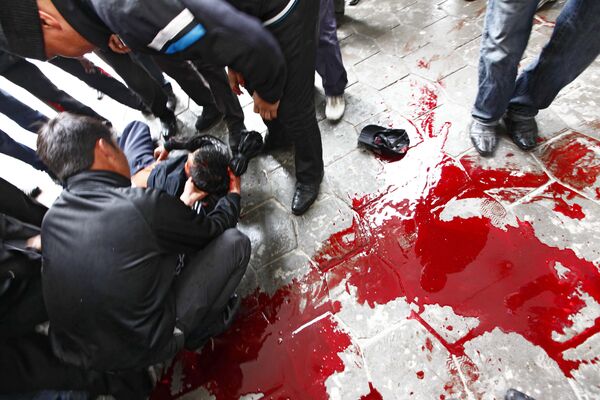 Bolot Zherniyazov said the Prosecutor General's Office had initiated criminal proceedings against Zhanybek, Marat, and Maxim Bakiyev on charges of illegal use of firearms and the killing of two or more people.

He said there was conclusive evidence that the three men had ordered that arms be used against street protesters in the country's capital, Bishkek.

Charges have also been brought against the mayor of Bishkek.

Kurmanbek Bakiyev has said he will not resign. Experts say that if he keeps a hold on the south of the country, where he traditionally has the most support, a civil war between the north and the south could be a possibility.

At least 76 people were killed and more than 1,400 injured in unrest that began on Tuesday in the northwestern Kyrgyz town of Talas and spread on Wednesday and Thursday to other regions of the country, including Bishkek. The armed forces, police and security services have now sided with the opposition.

The opposition has taken power and vowed to hold presidential elections in six months.