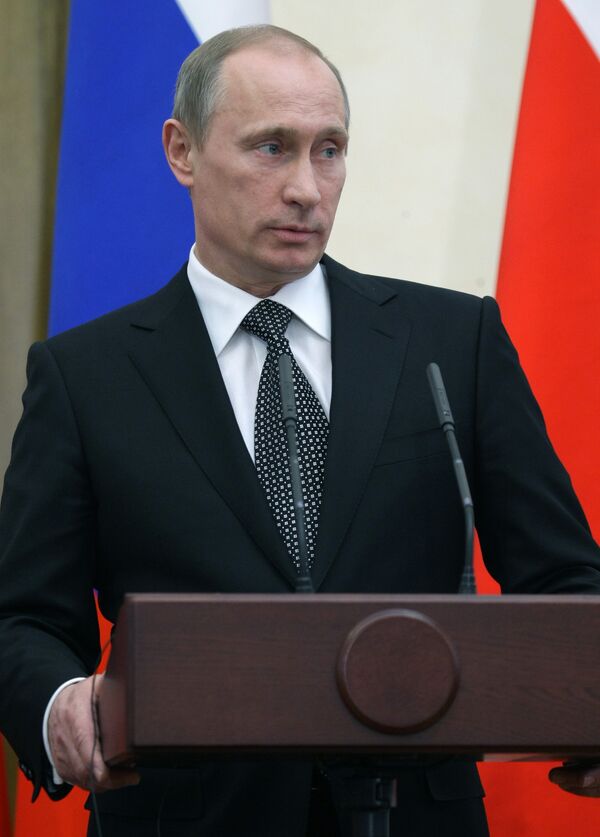 Russia has played no role in the events in Kyrgyzstan, Prime Minister Vladimir Putin said on Wednesday.

"Neither Russia nor your humble servant nor Russian officials have anything to do with these events," he said at a news conference.

Putin also said that the events in Kyrgyzstan caught him "off guard."

Protests, which started in the northwestern Kyrgyz town of Talas on Tuesday, have spread to other regions of the Central Asian country, including the capital Bishkek.

A number of Kyrgyz opposition leaders said earlier that Putin had expressed support for the protesters.

The opposition, whose supporters seized a number of state establishments in Bishkek, claimed that the official Kyrgyz government had resigned and they had taken full power in the country.

At least 40 people have been killed and 400 injured in clashes between protesters and police in the capital, Bishkek.

"No matter what is going on there - it's Kyrgyzstan's domestic affair. The only thing I ask is that the authorities and opposition demonstrate restraint and refrain from violence," Putin said.

He also said that Kyrgyz President Kurmanbek Bakiyev had repeated mistakes made by his predecessor, Askar Akayev.

"When President Bakiyev came to power [after the so-called tulip revolution in 2005], he harshly criticized the toppled president, Akayev, for nepotism and giving his relatives top economic posts. I get the impression that Bakiyev has fallen into the same trap," Putin said.

Kyrgyzstan, where Russia and the United States both have military bases, has been unstable since Bakiyev took office but major political unrest began in Kyrgyzstan last month when opposition forces accused the government of tightening its grip on power while failing to bring stability and economic growth.