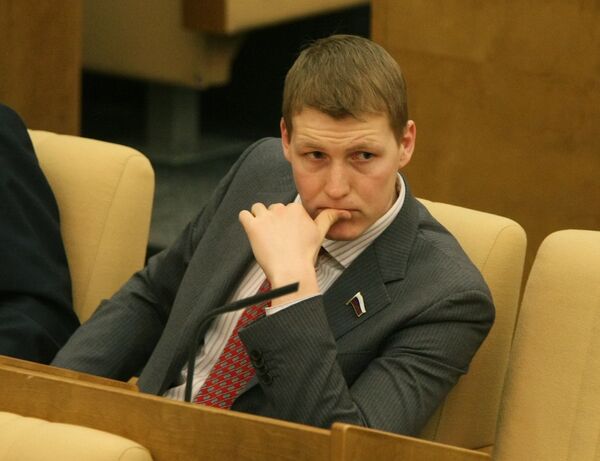 "The fact that the largest media outlets in the country carried a statement by the terrorist Doku Umarov is unacceptable," Shlegel said. "The media should only report the elimination of terrorists."

"If Shlegel's amendments have a strong basis, I will support them. However, I can't speak for everyone," Lyubov Sliska, deputy speaker of Russia's lower house of parliament, said.

United Russia first deputy head Valery Ryazansky said Shlegel's proposals should be looked into, adding that the "behavior of several journalists" was unhelpful in providing the public with "the correct picture of events."

"Either he doesn't understand how the media works, or, what is worse, he understands and is just earning political points," Komsomolskaya Pravda editor Vladimir Sungorkin said.