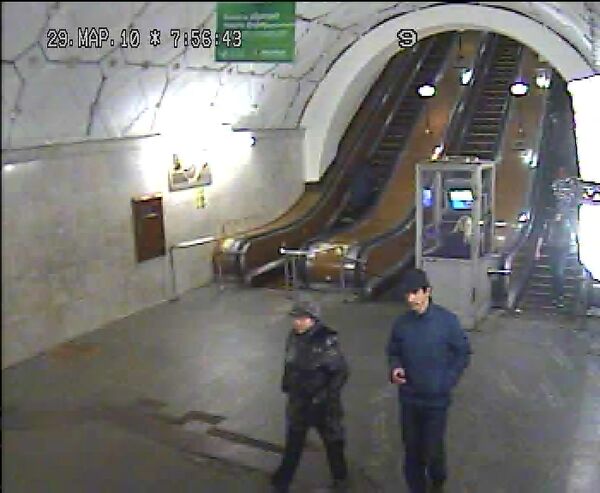 © RIA Novosti . NewsTeam
/
Go to the photo bank
Subscribe
The organizers of the recent terrorist attacks in Moscow and Kizlyar and some of the suicide bombers have been identified, the Russian counter-terrorism committee said on Friday.

The organizers of the recent terrorist attacks in Moscow and Kizlyar and some of the suicide bombers have been identified, the Russian counter-terrorism committee said on Friday.

Two more explosions on Wednesday in the town of Kizlyar, near Dagestan's border with Chechnya, killed 12 people and left 29 others injured.

"Russia's Federal Security Service and Interior Ministry are continuing active investigative work into the terrorist attacks on the Moscow metro and in Kizlyar," the committee said.

"As a result of investigations put forward earlier, the organizers and some suicide bombers have been identified."

The counter-terrorism committee has so far published only the name of the female suicide bomber who detonated an explosive device at the Park Kultury station, identifying her as Dzhanet Abdurakhmanova (Abdulayeva), born in 1992 in Khasavyurt in Dagestan, near the border with Chechnya.

According to Russian media, Abdurakhmanova was the widow of Dagestani militant Umalat Magomedov (Al-Bar), who was killed during a special law-enforcement operation on 31 December, 2009, after he shot at police who tried to search a car he was traveling in.

According to the Moscow daily Moskovsky Komsomolets, investigators found a love letter on Abdurakhmanova's body, written in Arabic. Although the letter was not signed or addressed to anyone, it ended with the words "we'll meet in heaven."

The official representative of the investigations committee, Vladimir Markin, told RIA Novosti on Friday that investigators were confirming the identity of the Lubyanka suicide bomber.

"At the moment, investigations are being carried out to identify the second suicide bomber and the organizers of the terrorist attacks," Markin said.

He said the identity of the second suicide bomber would be confirmed by forensic experts.