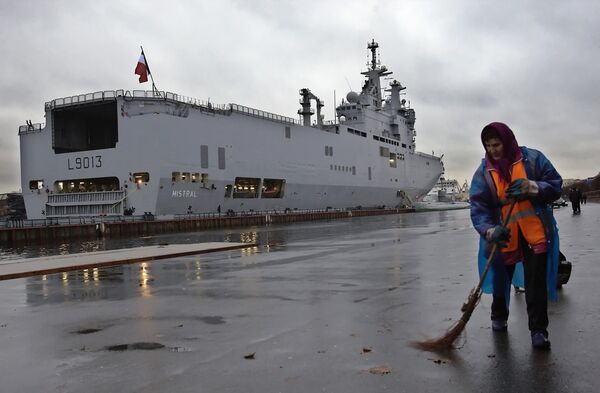 A possible deal between Russia and France on the purchase of a Mistral-class amphibious assault ship should be thoroughly analyzed.

A possible deal between Russia and France on the purchase of a Mistral-class amphibious assault ship should be thoroughly analyzed, a U.S. deputy secretary of state said.

"I think this is an issue that the President has paid some attention to. But I think this is the question that we need to discuss with our French colleagues — how best to promote stability in the region," James Steinberg told a media briefing in the Foreign Press Center.

He added such deals are a domestic matter of any country, and the U.S. wanted just to "make sure that there was full exploration of all the consequences."

Discussions on the matter should be held not only between the U.S. and France, but also at the NATO level, he added.

Russia is negotiating the purchase of a Mistral-class ship from France, worth 400-500 million euros (around $540-$675 million). Russia could also use French technology later to build another three such vessels in Russia in partnership with the French naval shipbuilder DCNS.

French President Nicolas Sarkozy said March 1 at a joint press conference with his Russian counterpart Dmitry Medvedev that Mistral is "a helicopter carrier we will create for Russia without military equipment."