Moscow to toughen security ahead of Easter, Victory Day 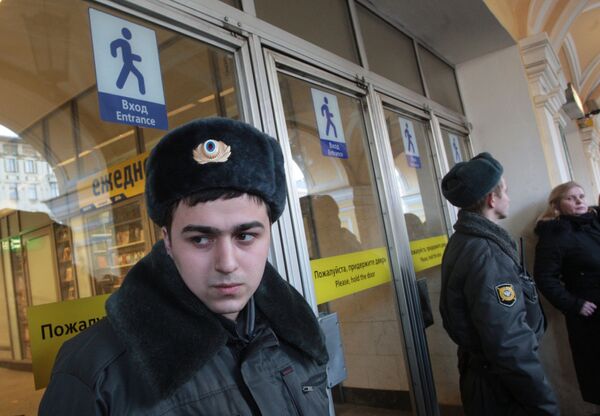 "We were tasked with stepping up security measures and checks not only in [Moscow] Metro, but also at railway stations, land transport, buses, trolleybuses, the private sector. All security measures will be carried out not only today and tomorrow, but also during Easter and May 9 celebrations," he told Russia's TV-Center channel.

He thanked Moscow emergencies services for their "operative work" after Monday's twin blasts in Moscow subway, which left at least 38 people dead and over 70 injured.

Biryukov said that 64 ambulance vehicles, which arrived "in 6 minutes on average," took part in relief efforts.