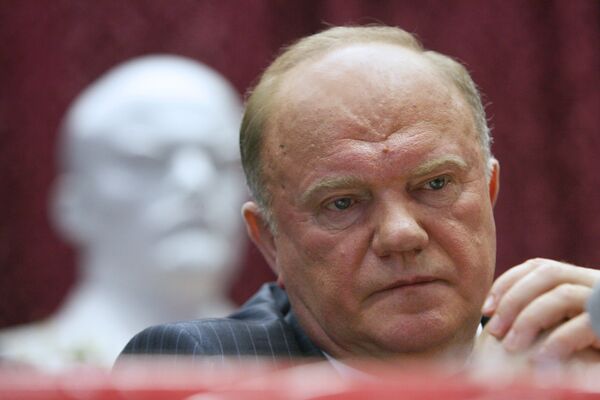 "We have said long ago the country is not ready to abolish the death penalty. The death penalty for the most heinous crimes should be renewed. It's difficult to imagine a crime more horrible than the one that occurred today," Zyuganov told journalists.

Two bombs went off at the busy Lubyanka and Park Kultury subway stations early on Monday, killing at least 38 and wounding 65.

Zyuganov believes punishment should be the most severe for those who organize and finance terrorist acts, as well as those who "program" others to carry out terrorism.

Measures to improve the social and economic situation in the North Caucasus republics are also necessary, he added.

The communist leader also expressed his condolences to the families whose relatives were injured or killed in the subway terrorist attacks.

In November 2009, a moratorium over the death penalty was prolonged in Russia. Russia de-facto abolished the death penalty in 1996. Russia imposed the moratorium after it joined the Council of Europe in 1996 and signed the European Convention on Human Rights, but it has not ratified the document yet.