Terrorists responsible for Moscow blasts will be eliminated - Putin (WRAPUP) 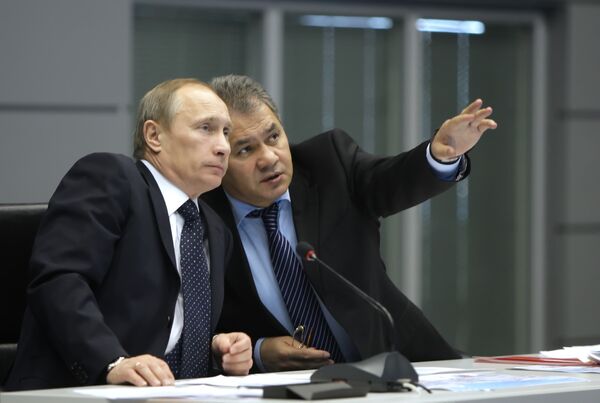 The terrorists behind the two blasts that killed at least 37 people in the Moscow metro system on Monday morning will be eliminated, Russian Prime Minister Vladimir Putin vowed.

The terrorists behind the two blasts that killed at least 37 people in the Moscow metro system on Monday morning will be eliminated, Russian Prime Minister Vladimir Putin vowed.

The first attack on one of the world's busiest metro systems occurred just before 8:00 a.m. (4:00 GMT) at the Lubyanka station under the headquarters of the Federal Security Services (FSB) as people hurried to work.

That blast took the lives of 24 people. The second, which happened some 40 minutes later at the nearby Park Kultury station, killed another 12. One more person is reported as having died in the bombings. The total number of injured in both blasts is over 60.

"As you know, today in Moscow we saw a terrible crime against peaceful civilians," Putin, currently in the Siberian city of Krasnoyarsk, said.

Russia has been fighting militants in the North Caucasus for almost two decades, including two brutal separatist wars in Chechnya. Analysts suggest Monday's attacks are revenge for a recent operation in Chechnya that saw the deaths of over 20 radical Islamic fighters.

The last major terrorist incident to hit Moscow occurred in the autumn of 2004, when ten people were killed in a suicide bombing outside a metro station.