The future of the Russian Air Force: 10 years on 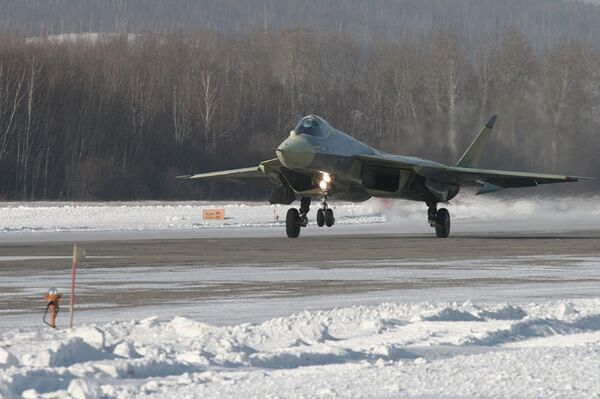 According to various media reports, the Ministry wants to buy at least 1,500 aircraft, including 350 new warplanes, by 2020. The fleet would include 70% new equipment at that point, said Air Force Commander-in-Chief Colonel General Alexander Zelin.

The state of the warplane fleet which forms the backbone of the Russian Air Force's combat potential remains a major military problem. Russian military aircraft are 25-plus years old, on the average. Consequently, the warplane fleet may shrink considerably in the next 10-15 years. What aircraft will the Air Force wield by 2020, and will the number of planes be enough for national defense needs?

This year, the Defense Ministry intends to sign a contract for the delivery of 26 MiG-29K Fulcrum-D fighters by 2015. Additional contracts for the delivery of at least 80 Su-34s and 24-48 Su-35s are expected to be signed. In all, the Russian Air Force is to receive 240-260 new aircraft of these types.

It is hard to say much about the specifications of another 100-110 aircraft, due to be manufactured primarily after 2015. They will probably include 25-30 MiG-35 fighters, another 12-16 Su-30 combat trainers for Su-35 squadrons and 40-60 Sukhoi T-50 PAK FA (Advanced Frontline Aviation Aircraft System) fifth-generation fighters. The T-50's subsequent official designation remains unclear.

The range of strategic bombers will remain the same. The Air Force will continue to operate 16-17 Tu-160 Blackjacks, 60-64 Tu-95MS Bear-Hs and 60-70 Tu-22M Backfires. Virtually all of them will be overhauled.

The Russian Air Force now has about 2,800 aircraft, including nearly 1,500 warplanes. The air fleet is expected to decline still further. Virtually all un-modernized aircraft will be scrapped at the end of their service life.

Consequently, the Air Force will have some 1,500-1,700 fixed-wing aircraft and helicopters, including only about 800 combat-ready warplanes. The number could increase if additional state defense contracts are awarded. Options are currently being considered.

Is this enough or not? The industrial world, including Russia, the NATO countries and the United States, continues to scale down its air forces. This is an objective process. The number of newly procured aircraft does not equal the number of planes currently being decommissioned, most of which were built in the 1960s, the 1970s and the 1980s.

A comparison of these statistics with foreign air force modernization data shows that Russia will retain the world's second-largest air force after the United States in the next 10 years. Due to slow air fleet renewal rates and the delayed adoption of fifth-generation fighters, the U.S. Air Force will have to reduce the number of its fixed-wing aircraft and helicopters from 5,000 to 3,000-3,500, including 1,700-2,000 warplanes.

At the same time, we should not forget that unmanned air vehicles (UAVs) will supersede warplanes in some spheres, primarily reconnaissance missions, in the foreseeable future. However, this is an entirely different story.