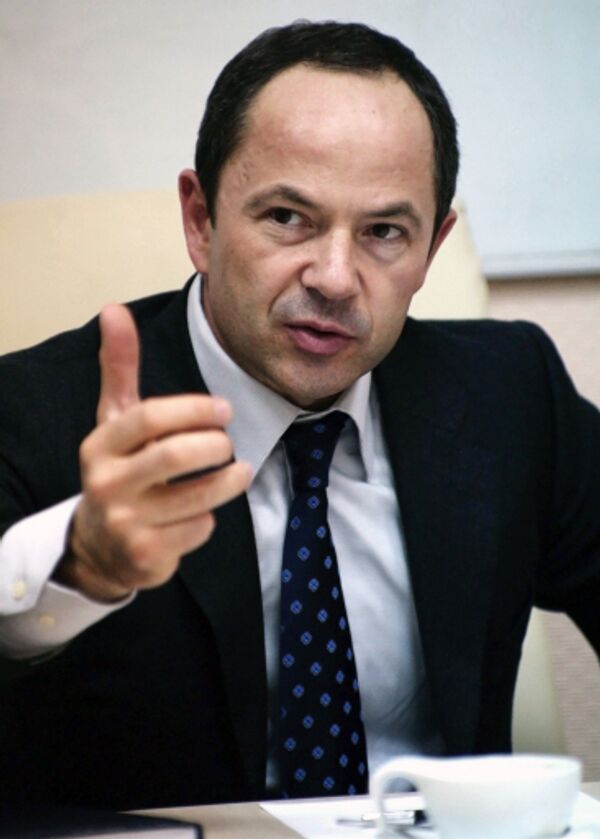 © Photo : Timur Ibraimov
Subscribe
Ukraine now has a unique chance to improve the political and economic situation in the country, political heavyweight Sergei Tigipko said on Friday explaining his decision to join the government

Ukraine now has a unique chance to improve the political and economic situation in the country, political heavyweight Sergei Tigipko said on Friday explaining his decision to join the government.

"We have for the first time in recent years a totally united position on carrying out reforms. In such a situation moving to opposition would be inappropriate. It seems to me that we, the politicians, should grab this opportunity and do our best," the deputy prime minister said.

"I have a strict vision of the fact, that by voting for me, people have voted for reform and especially for action," said Tigipko, who will have overall responsibility for the economy in his new role.

He added that a unique team of reformers had been brought together in the government, sharing similar views about the measures that should be taken to bring the country out of crisis, which has been prolonged by the period of political instability.

Tigipko laid out the common points of a national rescue program. In his words, the paramount task now for Ukrainian politicians is to reduce the gaping budget deficit. Second, the government should attract national and foreign investment. To achieve this, Tigipko said Ukraine needed an honest and transparent financial and banking sector.

Tigipko said reviving the national banking system and restarting the flow of credits was his third goal.

Prime Minister Mykola Azarov has already promised to work out details of short- and medium-term programs. Tigipko promised the first results would become apparent in the government's first 100 days.