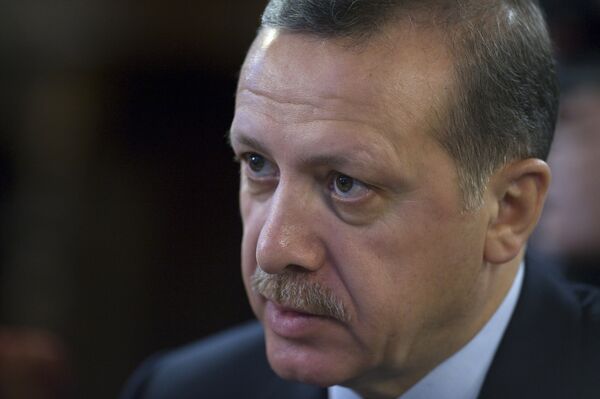 Turkey has recalled its ambassador to the United States shortly after a U.S. congressional panel supported a bill recognizing mass killings of Armenians by Turkish troops in the beginning of the 20th century as an act of genocide.

Turkey has recalled its ambassador to the United States shortly after a U.S. congressional panel supported a bill recognizing mass killings of Armenians by Turkish troops in the beginning of the 20th century as an act of genocide.

The Foreign Affairs Committee of the U.S. House of Representatives approved on Thursday a non-binding resolution recognizing the genocide of Armenians by the Ottoman Empire during World War I.

"We condemn this bill that blames the Turkish nation for a crime it did not commit. Our Washington ambassador was invited to Ankara tonight for consultations," Turkey's Prime Minister Tayyip Erdogan said in a statement posted on his office's website.

The resolution, which has already become a diplomatic flashpoint between Washington and Ankara, has not been finally adopted and will now go before the full House, although no date has been set for the vote.

Turkey, which has always refused to recognize the killings of an estimated 1.5 million Armenians at the end of the Ottoman period in 1915 as an act of genocide, earlier warned Washington that this move could jeopardize U.S-Turkish cooperation and set back the talks aimed at opening the border between Turkey and Armenia.

Turkey and Armenia signed protocols on establishing diplomatic relations and on developing bilateral relations last October. They are yet to be approved by their parliaments.

The Armenian-Turkish border has been closed since 1993 on Ankara's initiative. Bilateral relations are complicated over the genocide issue as well as by Turkey's support of Azerbaijan's position in the Nagorny Karabakh problem.

A number of states have recognized the killings in Armenia as the first genocide of the 20th century, including Russia, France, Italy, Germany, the Netherlands, Belgium and Greece, as well as 42 of the 50 U.S. states. The Vatican, the European Parliament and the World Council of Churches have also denounced the killings as genocide. Uruguay was the first to do so in 1965.